India   All India  18 May 2017  Talk of justice hollow amidst economic disparity: Varun Gandhi
India, All India

A practising lawyer himself, Gandhi flagged concern over the 'slow pace' at which investigation in heinous crimes like rape. 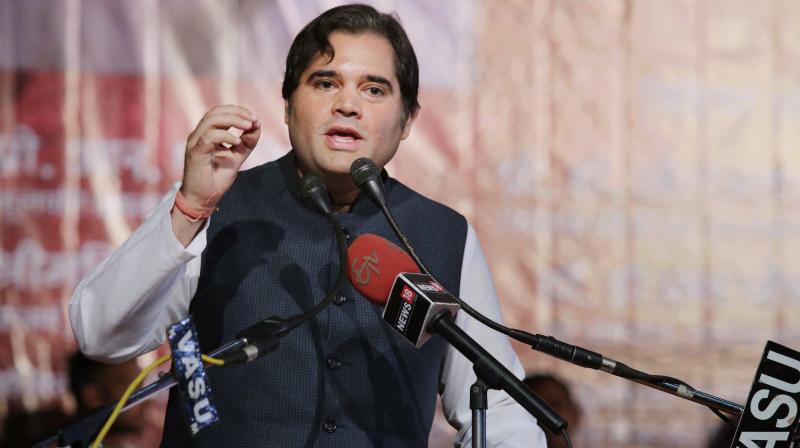 Allahabad: Underscoring economic disparity prevailing in the country, BJP MP Varun Gandhi has questioned the loan waivers to big industrial groups, as he lamented the
reports of debt-ridden farmers resorting to suicide in several states.

Gandhi claimed that since 2001, successive governments have waived loans to the tune of nearly Rs 3 lakh crore out of which a little over Rs 2 lakh crore were owed by country's top 30 industrial groups.

"Can we call this justice," he said at a symposium organised here by the Bar Association of the Allahabad High Court last night.

"The talk of justice seems hollow when we have a situation wherein one per cent of the country's population controls more than half of its resources.

"On the other hand, more than one-third of our population still lives below the poverty line and close to 90 lakh children are forced to do manual labour to keep body and soul
together," Gandhi, a former national general secretary of the BJP, said.

Referring to the recent protests at Jantar Mantar in New Delhi by farmers from Tamil Nadu, the Sultanpur MP said he has made efforts in his Lok Sabha constituency to help peasants come out of the "vicious cycle" of indebtedness.

Gandhi added that he wished to replicate the experiments in more places "since I do not represent just Sultanpur. I am a representative of the people of the entire country."

"I had resolved three years ago that I will not allow farmers' suicide to take place in my constituency. I raised more than Rs 22 crore through crowd-funding, contributed two
crore out of my own funds, and succeeded in helping more than 4,000 farmers to pay their debts," the 37-year-old leader said.

"I foresee a future where politics will do away with non-issues like caste, region and Hindu versus Muslim and centre around real issues like jal, jungle, zameen (water,
forestry and land) and women's empowerment. And we must not forget that India will become 'Mahaan Bharat' only when the poorest of the poor get their due. Capital investments from foreign countries are not going to make us a great nation", he remarked.

A practising lawyer himself, Gandhi flagged concern over the "slow pace" at which investigation in heinous crimes like rape.

The scion of Nehru-Gandhi family, which had close ties with the city, remarked, "I feel a strong sense of belonging whenever I visit Allahabad. My family owes all that it has to
this city."