India   All India  18 May 2018  IIS body to urge Rathore to reverse Irani’s transfers
India, All India

Sources said that the senior IIS Association office bearers are soon likely to approach I&B minister with their demands. 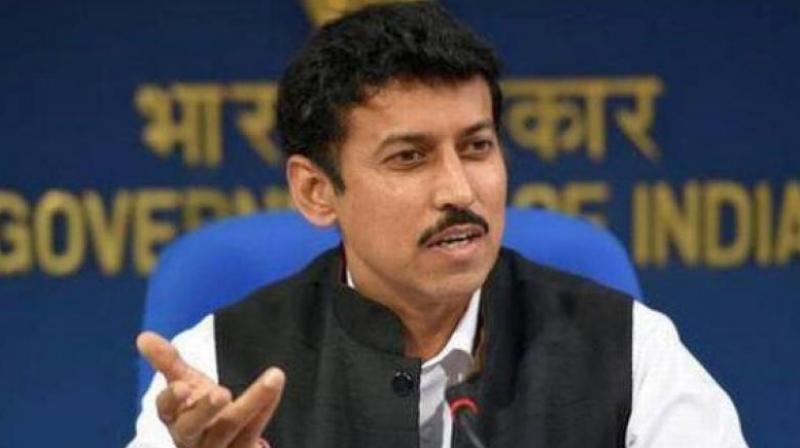 New Delhi: Days after Smriti Irani was shunted out of the Union information and broadcasting ministry, the Indian Information Service Asssociation has decided to to appeal to the new I&B minister Col. Rajyavardhan Rathore for a rollback of transfers and posting of over 140 of its officials carried out by his predecessesor.  The association is also likely to demand strengthening and rationalising of the cadre.

Sources said that the senior IIS Association office bearers are soon likely to approach I&B minister with their demands. It is understood that several senior IIS officials have already made individual petitions to the new minister’s office, seeking to be reinstated to their earlier posting or requesting for a favourable placement near their family or home towns.

Sources stated that the association is of the view that the mass transfers had affected the efficient and effective functioning of the media units and the morale of the cadre officers. The association is likely to request that in future, before such orders are issued, personal circumstances of an officer be duly taken into account. They have requested that single parents be given special consideration, mid-academic session transfers be avoided and availability of basic infrastructure be ensured, sources stated.

As reported by this newspaper earlier, the President IIS Group A Officers Association Anindya Sengupta had in a letter to the PMO on February 21 — in a tacit criticism of  the then I&B minister Ms Irani — he letter said that the “morale of the cadre officers was being affected due to the current transfer policy of the ministry”. It also requested that “all transfers effected may be duly reconsidered and further transfers be stopped”.  Coming down heavily on dissidence, Ms Irani had within a week transferred Mr Sengupta from DD News to the Publications Division.

In the letter to the PMO, the IIS Association had pointed out that in the I&B ministry had issued a number of transfer orders, affecting one-fourth (around 140 officers out of less than 500 Group A Officers) of the IIS Cadre. “It may be mentioned that officers have been posted in Tier-II and III cities (Agra, Moradabad, Shimoga) without first creating proper infrastructure. Even officers of DG/ADG level have been posted to such cities where there is hardly any office space and associated infrastructure. In our view, this approach amounts to wastage of public funds wherein on one hand the media units in Delhi are crippled due to shortage of manpower and on the other hand senior officers at ADG level are unable to deliver professionally since the basic infrastructure are yet to be created or funds given,” the letter had said. The ministry’s interferance in allocating portfolios even up to Asst Director-level officers was termed as “seriously undermined the existing chain of command in the organisation in PIB”.