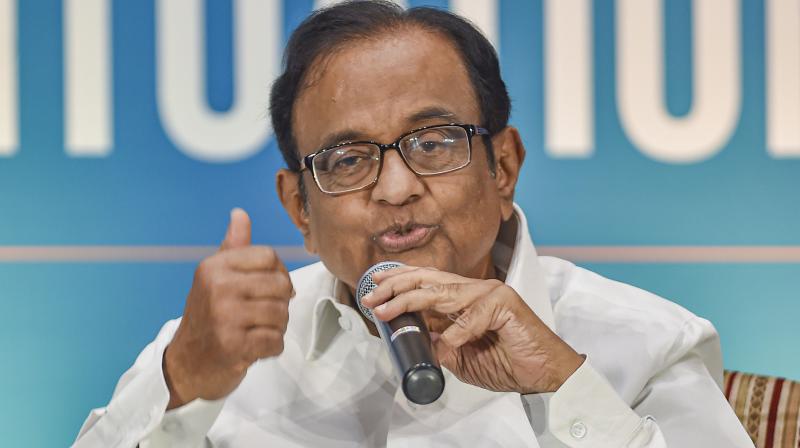 New Delhi: The Congress on Monday said the fiscal stimulus package announced by the government is "hopelessly inadequate" given the gravity of the economic crisis as it amounts to only Rs 1.86 crore, which is 0.91 per cent of the GDP.

The party sought a revised and comprehensive package of 10 per cent of the GDP.

"We express our thorough disappointment and request the government to reconsider the stimulus package and announce a revised and comprehensive fiscal stimulus package of not less than Rs 10 lakh crore of real additional expenditure equivalent to 10 per cent of GDP," he said at a press conference through video-conferencing.

Chidambaram also accused the government of being opportunistic by pushing reforms. It is bypassing Parliament and a discussion on the package and this will be strongly resisted, he added.

"I think the government is deliberately sidelining Parliament. A meeting of the Parliamentary Committee should at least be held to discuss the fiscal stimulus package," he said.