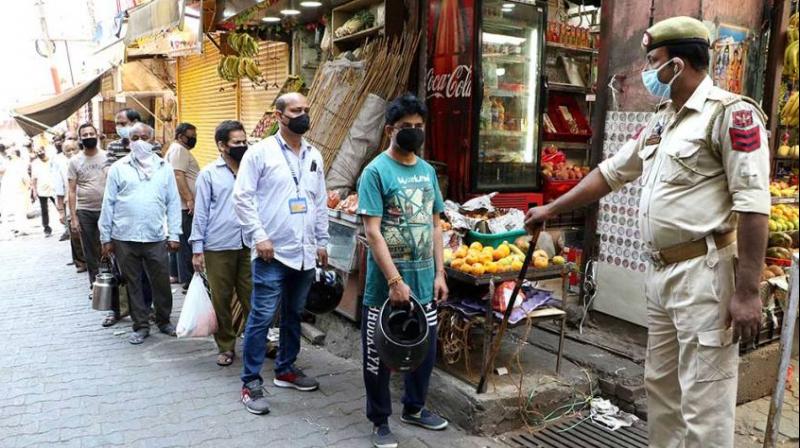 Mumbai: Maharashtra on Sunday recorded the highest daily spike of 2,347 Covid-19 cases, taking the state tally to 33,053 cases. With 63 more deaths, the death toll in the state is now 1,198. There are 24,161 active cases in the state, while 7,688 persons have been discharged after recovery.

Out of the total deaths, 38 were recorded in Mumbai, nine in Pune, six in Aurangabad city, three in Solapur city, three in Raigad and one each in Thane, Panvel, Latur and Amravati. According to reports, 34 of them were above 60 years of age, 22 were between 40 and 59 years and seven were less than 40 years. Forty-one out of 63 patients had high-risk comorbidities such as diabetes, hypertension, heart disease, etc.

The number of active containment zones in the state stood at 1,688 and 14,972 health squads have completed surveillance of 63.83 lakh people. The official said a total of 3,48,508 people are currently under home quarantine and another 17,638 under institutional quarantine.

Meanwhile, the Brihanmumbai Municipal Corporation (BMC) has decided to redesign the containment zones in the city in order to make them more compact and ensure stricter vigilance to prevent the spread of the viral pandemic.

BMC officials stated that zones have been classified into two categories namely containment zones and sealed buildings. In the new categorization, BMC has used boundaries such as roads, nalas and chawls to seal areas.