Nine districts in the state put on yellow alert 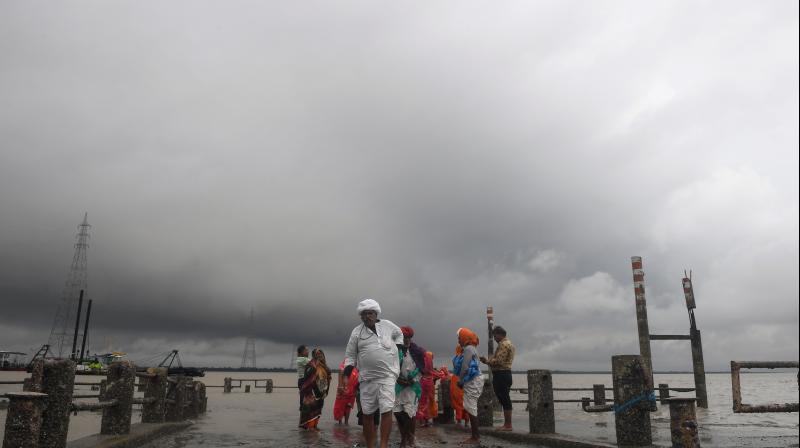 Cyclonic storm 'Amphan' is likely to intensify into a super cyclone by Monday evening. (AFP Photo)

Yellow alert has been issued in nine districts for next couple of days. Though Kerala is not in the cyclone’s path, the state is expected to receive heavy rainfall of 7 to 11 centimetres and strong wind, according to weather forecast.

Kerala and the adjoining areas will experience moderate to heavy rain and thunderstorms due to a tough and wind convergence. Total rainfall could exceed 100 mm for the next 3 days in a few areas in Kerala, according to the Weather Channel forecast.

According to Indian Meteorological Department, the cyclone will further intensify as a super cyclone anytime soon. And the cyclone is likely to make a landfall between Sagar Islands in West Bengal and Hatiya Islands in Bangladesh on May 20.

Many districts in Kerala have received heavy rains with thunderstorm, lightning and strong wind since last 48 hours. Fishermen have been warned against venturing into the sea. Heavy rain with thunderstorm is forecast for Lakshadweep and Andaman and Nicobar Islands as well.

Meanwhile, the state Disaster Management Authority has already chalked out an action plan in the wake of extreme heavy rainfall prediction during the monsoon this year. With the monsoon is just two weeks away, steps have been taken to mitigate the impacts of extreme rainfall, flood and landslides. A comprehensive rescue and rehabilitation plan has been prepared.

The annual southwest monsoon is expected to hit Kerala on June 8, as per the IMD report. The four month monsoon season from June to September in the country begins from Kerala. The state has already received 10 percent excess rainfall during the summer from March 1 to May 15.