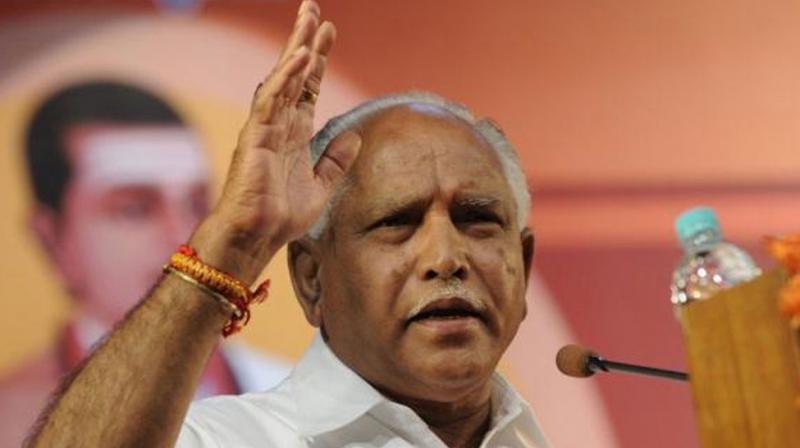 Bengaluru: Karnataka Chief Minister BS Yediyurappa on Monday said that people from Gujarat, Maharashtra, Kerala and Tamil Nadu will not be allowed in the state till May 31.

"We have decided not to allow entry of people from Gujarat, Maharashtra, Kerala and Tamil Nadu till May 31," Yediyurappa said after a meeting with state ministers and senior government officers to discuss the guidelines issued by the Centre regarding the fourth phase of nationwide lockdown.

"State road transport corporation buses in Karnataka and private buses will run. Strict lockdown measures in containment zones and economic activities will be permitted in other areas. Sundays will be total lockdown across the state. Home quarantine will be strengthened," he added.

The Chief Minister further said that all shops will be allowed to open and all trains running within the state will be permitted.

The central government on Sunday extended the ongoing COVID-19 induced nationwide lockdown till May 31, but with a set of new relaxations commencing from Monday. The Union Home Ministry has also given powers to States/UTs demarcate areas in Green, Orange and Red zones, which will allow them to start activities except in containment zones.

According to the guidelines, "all other activities will be permitted except those which are specifically prohibited under these guidelines. However, in containment zones, only essential activities shall be allowed, as mentioned earlier."