The Centre now empowered the states to decide on what will be red, orange or green zones 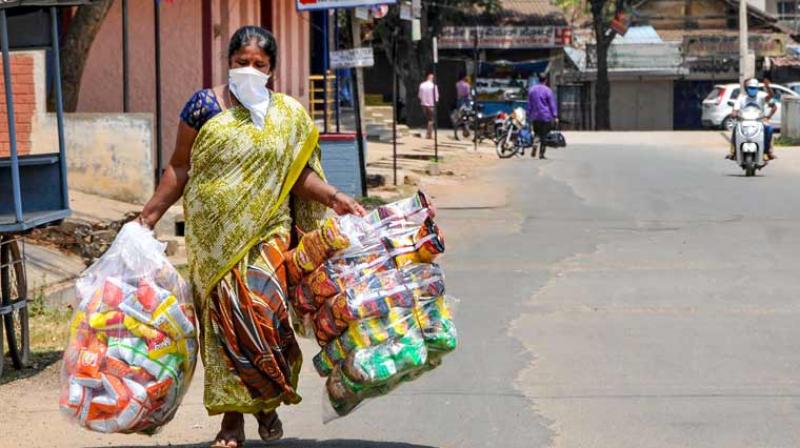 Centre extended the lockdown till May 31, and announced more changes and relaxations in its guidelines. (PTI Photo)

New Delhi: The Centre on Sunday extended the lockdown by two more weeks, till May 31, and announced more changes and relaxations in its guidelines to give a further boost to economic activity.

The Centre has now empowered the states to decide on what will be red, orange or green zones, which means they can decide which area falls in which category, including containment zones.

All shops and markets, except those in containment zones, can now open. Barber shops, salons and spas can work in non-containment areas, and the delivery of non-essentials by e-commerce firms will be allowed. Shops, except in containment zones and malls, can open with staggered timings to ensure social distancing. No more than five persons can enter at one time.

While flights and Metro services will remain suspended, it was decided to allow inter- and intra-state movement of passenger vehicles and buses across India, except in containment zones, with the states’ permission.

The 7 pm to 7 am curfew, when no movement is permitted except for those in essential services, will remain in force across the country.

The Centre, while giving autonomy to the states to decide on guidelines, has categorically said “all other activities will be permitted, except those which are specifically prohibited” in the non-containment zones.

While government and private offices had earlier opened in a limited way, subject to social distancing and sanitation norms, the Centre has said the “practice of work from home should be followed to the extent possible, and staggering of work hours should be adopted in respect of all offices and other establishments”.

It added: “There should be provision for thermal scanning, handwash and sanitisers at all entry and exit points and common areas; and all workplaces and other locations must be sanitised regularly.”

While sports complexes and stadia will be permitted to open only for sports activities, spectators will not be allowed entry.

People must follow social distancing norms in public places. Marriage-related gatherings shall not have more than 50 guests, while for funerals and last rites, the maximum number has been kept at 20.

The consumption of liquor, paan, gutkha and tobacco will not be allowed in all public places. The MHA has said the local authorities will have to ensure shops and markets open with staggered timings, so as to ensure social distancing.

“All shops shall also have to ensure six feet distance (do gaz ki doori) among customers and also not allow more than five persons at a time,” the guidelines added.

The Centre has once again stressed on the use of the Aarogya Setu app, saying: “To ensure safety in offices and workplaces, employers should ensure the app is installed by all employees having a compatible mobile phone. The district authorities have been asked to advise individuals to install the Aarogya Setu app on compatible mobile phones and regularly update their health status on the app. This will facilitate timely provision of medical attention to those individuals who are at risk.”