India   All India  18 Jun 2018  Why should PM react if some dog dies, says Pramod Muthalik
India, All India

Why should PM react if some dog dies, says Pramod Muthalik

Muthalik said that Parshuram Vaghmare, who allegedly pulled the trigger on Gauri, is not associated with his organisation. 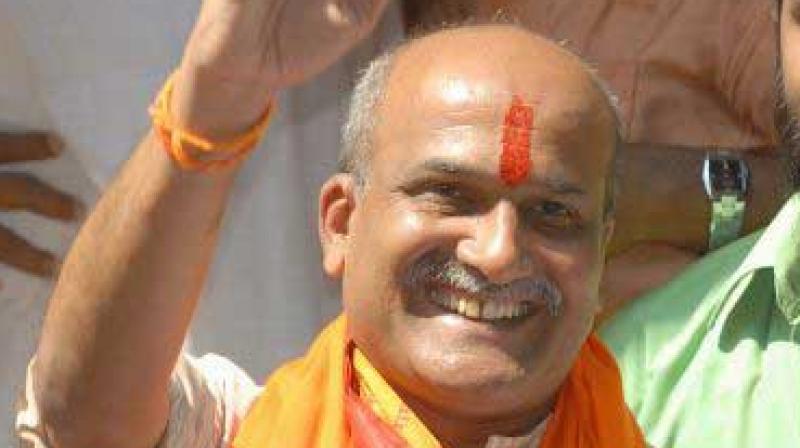 Bengaluru: A day after the Special Investigation team (SIT) summoned Rakesh Math, the Vijayapura district president of Sri Ram Sene, for questioning in the Gauri Lankesh murder case, Sene founder-president Pramod Muthalik on Sunday triggered a controversy saying, “Why should Modi react if some dog dies in Karnataka?”

Mr Muthalik, addressing a public gathering at Rajajinagar, slammed the critics for asking Prime Minister Narendra Modi to break his silence over Gauri’s murder. He said, “Two murders happened in Karnataka and two in Maharashtra during the Congress rule. No one is saying anything about the Congress government’s failure. Instead, they are asking why is PM Modi keeping quiet and not commenting on Gauri Lankesh’s death. Why should Modi react if some dog dies in Karnataka?”

Mr Muthalik later clarified that he did not directly compare Gauri to a “dog”.

He said that Parshuram Vaghmare, who allegedly pulled the trigger on Gauri, is not associated with his organisation. “I attend several functions where people approach me and ask for pictures. Everyone who gets their picture clicked with me is not a member of my organisation. I don’t know who Parshuram is,” he said.

Sri Ram Sene came under the radar when a picture of Waghmare with Muthalik surfaced. Gauri Lankesh was shot dead by two bike-borne assailants outside her residence in Bengaluru in September 5, 2017.