On the Uttarakhand border, villagers reminisce about mules transporting guns 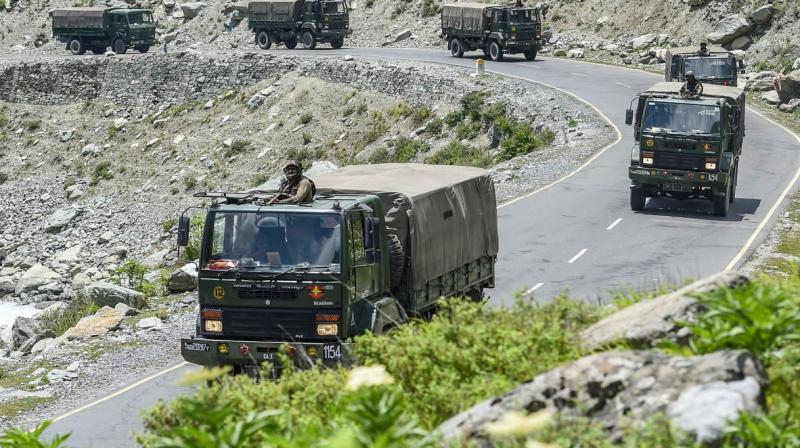 In the days before roads like these were built on the frontier with China, munitions used to be transported by mule trains. (PTI)

Hyderabad: Dewan Singh Garbyal still remembers the back-breaking trek from Garbyang to Jipti on the border with China in Uttarakhand. He used to carry loads of ammunition, mortar shells and other paraphernalia of the Indian Army on his back. He was 22 then, and it was the year 1962. It was a time when hostilities were increasing between India and China.

''It was going to be war and we had the option of picking up our belongings and leaving our villages. But we decided to stay to assist our troops and take care of them while they fought the Chinese. We were ready to give up our lives along with the Army personnel,'' recalled the 81-year-old man to me on the telephone as a TV newscast played in the background.

You meet people like Dewan Singh in villages along the border in Uttarakhand. At a time when these borderlands had few roads to transport material up the slopes, these villagers stood to assist the army and the Indo-Tibetan Border Police. When I visited these villages just after the Doklam standoff in 2017, several villages had veterans from 1962 willing to share with me tales of how they stayed behind to lend a hand to the army.

''During the 1962 war, several top ranking Army and ITBP officers used to make night halts in our village,” Garbyal told me on the telephone from his village of Dharchula in Pithoragarh district. “I was among a group of about 50 people who offered to assist them. We had the mules to carry loads of course but we ourselves carried ammunition on our backs too. The weather was rough and the treks were always difficult. God forbid, if tensions escalate now, all villagers will stand firmly with our troops again,'' Garbyal said.

The picture is much changed since 1962 of course. Border areas in Uttarakhand have been witnessing hectic activity in recent months, both in terms of mobilisation of troops and building of infrastructure. Recently, helicopters landed heavy road building machinery in the Johar valley to speed up construction of the strategic Munsiyari-Bugdiyar-Milam road leading to the last post on the border.

The village headman of Niti valley, Ashish Rana told me that during the Doklam standoff, villagers made it clear to the district administration and ITBP officials they would not leave the village if tensions increased. ''Though we hope the situation will normalise soon, we are firmly with our soldiers. We will be the second line of defence after our troops,'' he said.

In fact, during the Doklam standoff, many villagers who had earlier left for  Dehradun, returned to their village to be available to assist the forces. ''We were ready with our axes to take on any challenge,'' said Asha Devi, another villager.

In Uttarakhand, incursions by Chinese troops have been a regular feature and so are instances of PLA soldiers roughing up shepherds in areas like Barahoti on the India-China border, due to different perceptions about the boundary.