The police have already arrested 34 serving government officers in connection with the scam. 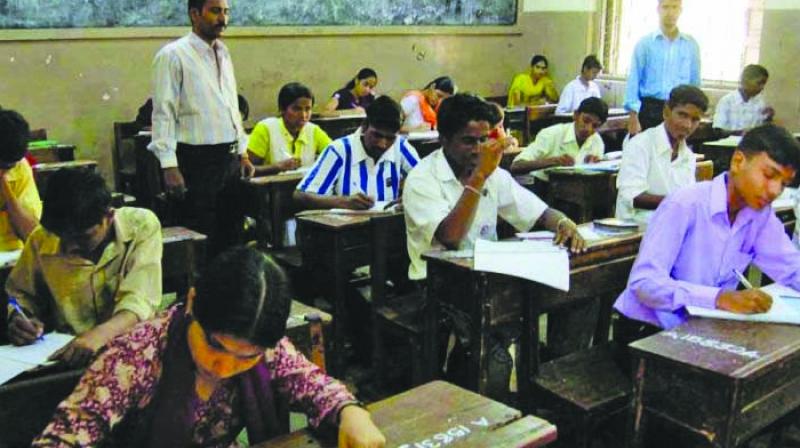 'The handwriting and general knowledge test that was held today was just a formality as their answer sheets were found to be fake earlier during forensic tests,' police said. (Photo: File | Representational)

Guwahati: In a major crackdown in multi-crore rupees cash-for-jobs scam, the Assam Police on Wednesday arrested 19 serving Assam public Service Commission officers on charges of adopting fraudulent means to get the job.

Prominent among those arrested included Pallabi Sharma the daughter of BJP MP from Tezpur RP Sharma and Bhargav Phukan and Deepshikha are the children of former judge Jamini Gogoi Phukan.

The move followed allegations that top officials including then chairman Rakesh Paul of the Assam Public Service Commission (APSC), which holds the two-stage examination for selecting candidates for plum state jobs, accepted huge bribes over several years for selecting the candidates.

The police have already arrested 34 serving government officers in connection with the scam. Rakesh Paul – the prime accused and suspended chairman of the APSC – along with several others are also languishing in jail.

The Dibrugarh district police team, which is probing the cash-for-jobs scam had summoned three state police officers, 13 civil service officials and three allied service officials to appear for the handwriting test at the Special Branch Headquarters in Kahilipara area in Guwahati on Wednesday.

After a brief interrogation at the special branch headquarters here on Wednesday, the police team led Superintendent of Police Gautam Borah, arrested them.

Informing that police had clinching evidence against these 19-serving officers, police said, “The handwriting and general knowledge test that was held today was just a formality as their answer sheets were found to be fake earlier during forensic tests.”

Informing that decision to arrest all the 19 serving officers were taken by Investigating Officer Surjeet Singh Panesar and assistant investigating officer Subhasish Baruah, police said that they would be produced before the court on Thursday and police would plead for their remand.