The Lucknow police, however, said the women were instigated by Congress leader Anoop Patel to set themselves on fire. 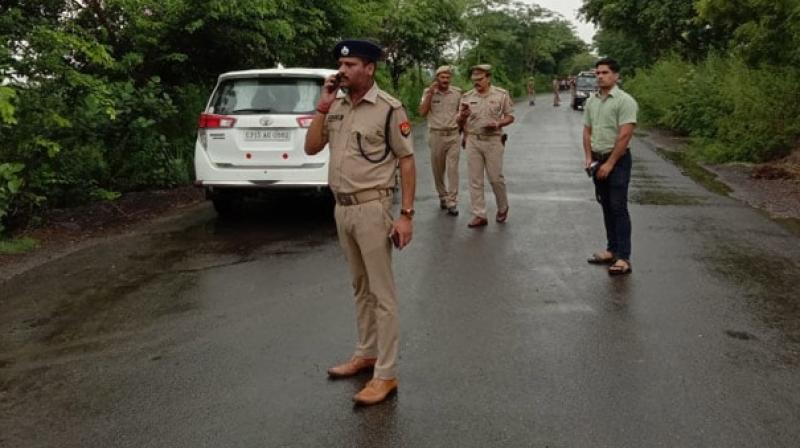 Uttar Pradesh police is once again in the line of fire. (Representational image)

Amethi/Lucknow: The Amethi police suspended three policemen after a woman from the district and her daughter set themselves on fire outside the chief minister's office in Lucknow alleging inaction in a land dispute case, officials said Saturday.

The Lucknow police, however, said the women were instigated by Congress leader Anoop Patel to set themselves on fire as part of a "criminal conspiracy" and a case has been filed against him and three others.

Meanwhile, the BSP and the SP attacked the UP government over the immolation bid, saying it should take the incident seriously and act against the officers responsible for it.

According to Lucknow civil hospital authorities, the woman suffered 90 per cent burns and is on life support, while her daughter is stable.

"Three policemen including the in-charge SHO of Jamo police station in Amethi have been suspended. The matter is being probed by the additional superintendent of police and action will be taken once the report comes," Amethi Superintendent of Police Khyati Garg said.

No suicide note was recovered from Safia or her daughter Gudia, she said.

Garg and Amethi District Magistrate Arun Kumar said Safia (55) had a dispute with her neighbour over a drain and the two had even exchanged blows in the past.

Safia and her daughter set themselves on fire outside Chief Minister Yogi Adityanath's office in the state capital Friday evening, police said.

The police personnel posted there swung into action when they saw the women engulfed in flames and rescued them. The two were taken to the civil hospital for treatment, they said.

A video of the incident has gone viral on social media.

Lucknow Police Commissioner Sujeet Pandey said prima facie it appears that the incident was part of a conspiracy.

"It is a criminal conspiracy as part of which some people instigated them (Safia and her daughter). A case has been registered against four people -- Aasma, Sultan, Kadir Khan (Amethi district president of AIMIM) and Anoop Patel (former Congress spokesperson) -- in this regard," he said.

The women were told to come to Lucknow and try to set themselves on fire so that their grievances can be highlighted and the dispute resolved, he said.

Pandey said, "We have evidence to show that these women went to the UP Congress office and met Anoop Patel."

A reporter in Lucknow was contacted and asked to highlight the issue. The reporter has also admitted to this, he said.

"Anoop Patel clearly instigated them to make an effort to set themselves afire so that their matter could be heard," he said.

Hitting out at the UP government, Bahujan Samaj Party chief Mayawati said the mother and her daughter were "compelled to set themselves afire" as they did not get justice from the Amethi administration. Samajwadi Party president Akhilesh Yadav said the incident should "wake up" an "insensitive government".

"UP government should take this incident seriously, and deliver justice to the aggrieved. Action should also be initiated against the officers who showed laxity in this regard, so that such incidents do not happen in future," Mayawati tweeted in Hindi.

"Is the attempt made by two women to set themselves afire not enough to wake up a sleeping government or is it that an insensitive government and chief minister are waiting for any other major incident? Is there something known as a government in Uttar Pradesh?" SP president Akhilesh Yadav said in a tweet in Hindi.