India   All India  18 Jul 2020  One of the Jeeyangars, religious ombudsman of Tirupati temple, tests positive for COVID-19
India, All India

One of the Jeeyangars, religious ombudsman of Tirupati temple, tests positive for COVID-19

Jeeyangars are treated by the TTD as the custodians of traditions of the temple. 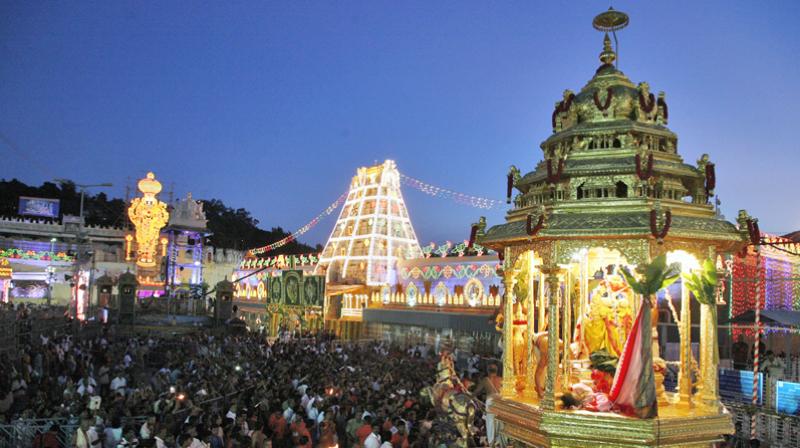 TIRUPATI: One of the Jeeyangars of Tirumala Tirupati Devasthanams (TTD), the ombudsman on the maintenance of Agama traditions as per Sri Vaishnava and Vaikhanasa practices in the Srivari Temple of Tirumala, was on Saturday admitted to a hospital here after he tested positive for COVID-19.

Jeeyangars are the rightful descendants of Sri Ramanujacharya, the saint-composer and devotee of Lord Venkateswara. The descendants of Ramanuja are treated by the TTD as the custodians of traditions, Agama practices followed in the temple rituals, festivals and all the important religious events. As the custodians of the Agama culture of TTD temples, the Jeeyangars are considered unquestioned exponents of ‘Veda-Agama-Shastra-Sampradaya and `Divya Prabandha’.

According to his disciples, Jeeyar Swamy exhibited mild symptoms for the virus, following which he underwent COVID-19 tests. The result came out positive and Jeeyar Swamy was immediately admitted to the isolation ward of the State COVID-19 hospital attached to Sri Venkateswara Institute of Medical Sciences (SVIMS) - Sri Padmavathi Medical College (SPMC) in Tirupati on Saturday morning.

Soon after the shocking development, TTD health authorities swung into action and immediately sanitised the premises at Jeeyangar’s mutts in Tirumala and Tirupati. Efforts were also initiated to identify and isolate the contacts of the custodian, for early detection and treatment, if needed.

Meanwhile, in an official release by TTD’s PRO department, it was stated that the TTD Trust Board Chairman YV Subba Reddy, after learning about the development, ordered the officials concerned to offer best of the treatment to the custodian of temple rituals and Agama culture. He directed the officials to shift Jeeyar Swamy to Apollo hospitals in Chennai to offer better treatment, if needed.

The chairman said that there was nothing to worry about the health condition of the custodian, as he was doing well. He ordered the temple officials to take all steps to ensure that there was no break in Nitya Kainkaryams in the temple. He said an emergency review meeting will be held with TTD officials to review the COVID-19 scenario and to take decision on continuation of pilgrim worship at Tirumala.