India   All India  18 Jul 2020  Senior IPS officer shoots himself in Manipur; condition said to be critical
India, All India

Senior IPS officer shoots himself in Manipur; condition said to be critical 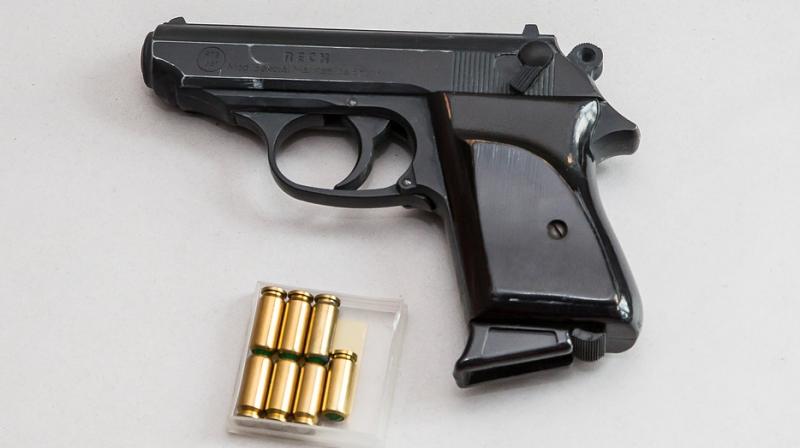 IPS officer Arvind Kumar is the additional DGP in charge of law and order in Manipur. (Representative image)

Guwahati: A highly placed IPS officer of Manipur allegedly shot himself with his service revolver on Saturday and has been admitted to hospital in a very critical condition.

Arvind Kumar is an additional director-general of police in-charge of law and order. He is from the 1993 batch of the Indian Police Service and belonged to the Bihar cadre. Prior to moving to Manipur on deputation, he had put in long stints in the Intelligence Bureau.

While fellow officers of the Manipur police were tight-lipped about the incident, security sources said Arvind Kumar shot himself in his official quarters at the 2nd Manipur Rifles Complex in Imphal. He was rushed to a private hospital for treatment in the state capital.

Top brass of the Manipur police and senior bureaucrats, including chief secretary J Suresh Babu, visited the hospital where Arvind Kumar is being treated.

Chief secretary Suresh Babu told reporters that Arvind Kumar's condition was serious but he was responding to treatment. “He will be sent to Delhi once his condition improves,” Babu said.

This incident comes close on the heels of a sworn affidavit filed by an additional superintendent of police in the state Narcotics and Affairs of Border Bureau (NAB) in which Manipur chief minister N Biren Singh and a top state BJP leader were accused of pressurising the department to drop the case against a person who is an accused in a a drug case dating back to 2018.

That case came to light when police conducted a drug rain and confiscated narcotics and cash amounting to more than Rs 28 crore.

The accusation against the Manipur chief minister came in the form of a sworn affidavit filed by additional superintendent of police Thounaojam Brinda in the Imphal High Court on July 13. According to affidavit, the prime accused in the drug case, Lhukhosei Zou, was the kingpin of a drug cartel and also a local BJP leader in Chandel district.