The endorsement is a significant development at a regional level as China has violated agreements with Japan. 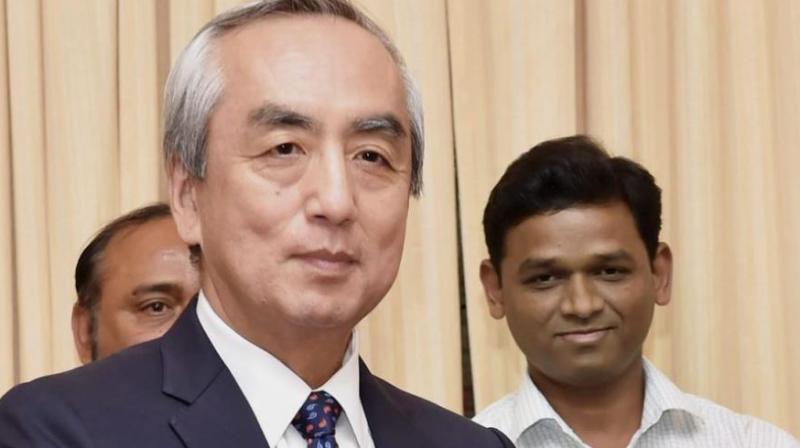 Japanese Ambassador to India Kenji Hiramatsu said, 'We recognise Doklam is a disputed area between Bhutan and China and the two countries are engaged in border talks.' (Photo: PTI)

New Delhi: Japan came out in full support for India in its protracted military stand-off with China at Doklam, near the Sikkim-Tibet-Bhutan trijunction, saying no country should use unilateral forces to change the status quo on the ground.

Acknowledging the situation at the Doklam Plateau, Japanese Ambassador to India Kenji Hiramatsu said, "We recognise Doklam is a disputed area between Bhutan and China and the two countries are engaged in border talks. We also understand that India has a treaty understanding with Bhutan, that's why Indian troops got involved in the area," according to the local media.

The endorsement of the Indian position by Japan is a significant development at a regional level as China has violated agreements with Japan as well and not with only India and Bhutan. It is pertinent to mention that Japan is also engaged with the sovereignty issue with China over East China sea.

The Bhutanese Government had earlier said, "Our position on the border issue of Doklam is very clear."

Reacting to the developments in Doklam, the Bhutanese Government had on June 29 issued a press release in which it clearly stated that the construction of the road inside the Bhutanese territory is a direct violation of the agreements and affects the process of demarcating the boundary between the two countries.

China is attempting to build a road through Doklam plateau, which is part of Bhutan, a development that would be a serious disadvantage to India's military defences.

Meanwhile, as the Doklam stand-off enters its third month, China's Foreign Ministry has reiterated that the People's Liberation Army (PLA) troops would continue to defend Dong Lang, which is Chinese territory, and India should withdraw all its troops and equipment from there.

The stand-off began when China started constructing a road in the area. India objected to the road construction after the Chinese troops ignored Bhutanese protests, triggering the faceoff from June 16.

External Affairs Minister Sushma Swaraj has reiterated that India's road map is peace and talks are going on to resolve the issue diplomatically.

India has made its stance clear that that it stands for peace the border question can be solved diplomatically, not by war.