India   All India  18 Aug 2018  Atal rose on base built by LK Advani the hardliner
India, All India

Atal rose on base built by LK Advani the hardliner

Vajpayee had to make way for Advani in 1986 as the party’s president. 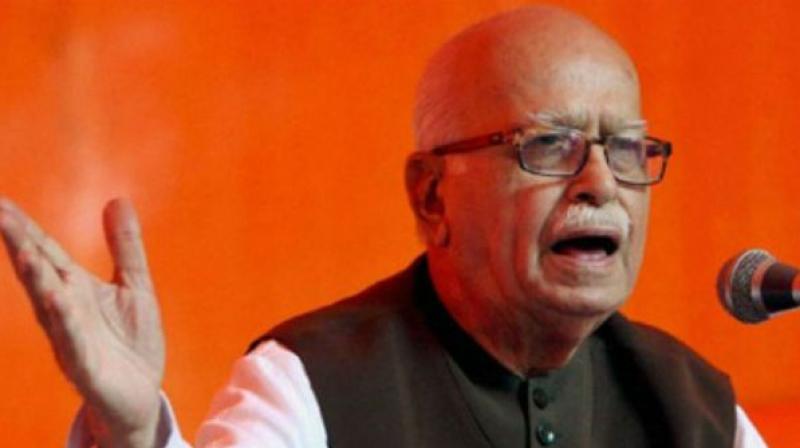 New Delhi: Atal Behari Vajpayee was often described as the “mukhauta”, the agreeable and affable mask presented by the BJP to the outside world. If that were so, the real face behind it was that of L.K. Advani, the original mass hero of Hindutva.

Together they pulled BJP from the fringes of anti-Congress politics to the national centre-stage, increasing the party’s strength in Lok Sabha from two seats in 1984 to 182 seats in 1999.

So great was their influence that ‘Atal-Advani’ became a collective sobriquet often used by politicians and experts to describe the BJP leadership of 1990s and early 2000s.

With Vajpayee passing away, Advani, 90, remains alone among the stalwarts of that generation of BJP leaders who have now been replaced by the new leadership headed by Prime Minister Narendra Modi.

“Advani’s Ram temple movement had generated a mass support for the party it had never seen earlier,” said a BJP leader, speaking on condition of anonymity because of the sensitivity of the subject. But Vajpayee was the right person to take the party to the next level,” he said.

In a fond tribute, Mr Advani remembered his memories of long association with Vajpayee through their days as RSS pracharaks, Jana Sangh leaders, struggle during the Emergency and then as colleagues in the BJP.

“To me Atalji was more than a senior colleague — in fact he was my closest friend for over 65 years,” said Advani, who, more than Vajpayee, was instrumental in fashioning the party’s rise by bringing to front the agenda of building Ram temple in Ayodhya and mobilising the masses across large parts of the country with his ‘rath yatra’ in 1990.

Never a proponent of aggressive Hindutva and wary of “kamandal” politics, as critics called the BJP’s pro-temple politics, Vajpayee was not the go-to leader for the RSS, the ideological parent of BJP, for pushing its core agenda.

Vajpayee had to make way for Advani in 1986 as the party’s president.

With 1989 elections approaching, the BJP under Advani adopted a resolution in its national executive in  favour of building a Ram temple. At that point, Advani, who once worked as a secretary for Vajpayee, seemed the natural choice for the BJP’s prime ministerial candidate. But in what many believe to be an act of seminal political significance, he declared in a 1995 meeting in Mumbai that his senior colleague will be entrusted with the responsibility of prime ministership if the party comes to power.

Party veterans say that in the era of coalition politics, Vajpayee — seen as a peacemaker and moderate face of his party — was considered the right man by Advani to win over new allies as the BJP had become a pariah for regional parties following the demolition of Babri mosque in 1992.