India   All India  18 Aug 2020  Another associate of slain gangster Vikas Dubey surrenders before UP court
India, All India

Another associate of slain gangster Vikas Dubey surrenders before UP court 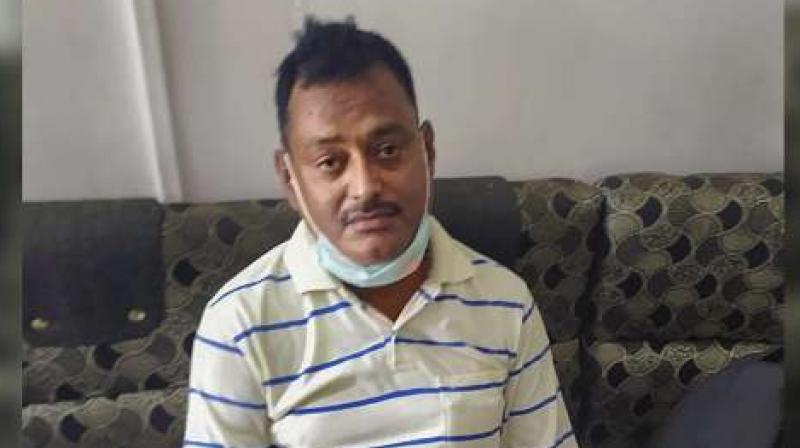 Kanpur: Another accused of the Kanpur ambush during which eight policemen were killed by henchmen of slain gangster Vikas Dubey has surrendered before a court.

Superintendent of Police (Rural) Brajesh Srivastava told PTI that Govind Saini surrendered before the court in Kanpur Dehat on Monday.

The UP Special Task Force (STF) and the Kanpur police were on the lookout for Govind Saini ever since his name had figured in the massacre that took place at Kanpur's Bikru village on July 2 night.

The SP said Saini's advocate had moved an application before the court for his surrender.

Srivastava said they have decided to seek his custody for proper questioning.

The Kanpur SSP had earlier announced a cash reward of Rs 25,000 for providing information about him, the SP said.

Earlier, several aides of Vikas Dubey, including Daya Shankar Agnihotri, Shyamu Bajpai, Jahan Yadav, Shashikant, Monu and Shivam Dubey, were arrested either by the UP STF or the Kanpur police.

Govind Saini's brother Gopal Saini had surrendered before a special court in Kanpur Dehat about 20 days ago.

As many as six prime accused -- Vikas Dubey, Prabhat Mishra, Amar Dubey, Bauan Dubey, Prem Kumar Pandey and Atul Dubey -- have been gunned down in separate encounters since July 3.