The detained people have been booked under the Epidemic Diseases Act, among others, in view of the prevailing COVID-19 pandemic 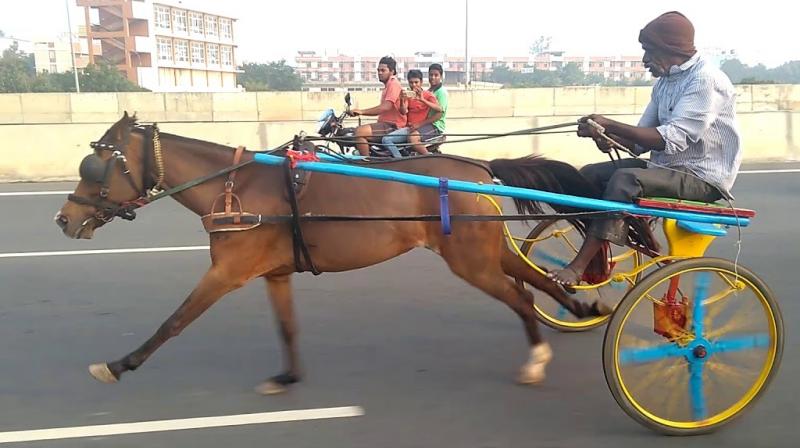 Noida: Nine people were detained on Tuesday for allegedly organising and participating in a horse-cart race on a national highway in Uttar Pradesh's Greater Noida, police said.

At least three motor vehicles have also been impounded in connection with the race on National Highway91 which saw participation of several two-wheelers, three-wheelers and four-wheelers as well, the police said.

The detained people have been booked under the Epidemic Diseases Act, among others, in view of the prevailing COVID-19 pandemic, Additional Deputy Commissioner of Police, Greater Noida, Vishal Pandey said.

An information was received at the Dadri police station on Tuesday morning that some people are holding a horse-cart race. The local police immediately reached the spot. Nine people were held and three vehicles impounded from the spot after inquiry, Pandey said.

The accused said they had come to watch the race, the officer said.

Other people involved have been identified and they will be held soon. The local police station in-charge has also been instructed to ensure no repetition of such acts in the area, the additional DCP said.

Those held have been identified as Babbad, Qasim, Arshad, Sajid, Shahrukh, Furqan, Aas Mohammad, Hasan and Yaseen  all residents of adjoining Ghaziabad district, the police said.

CrPC section 144, which bars assembly of more or more persons at a spot, is already imposed in Gautam Buddh Nagar in the wake of the pandemic that has claimed 43 lives and infected over 6,400 people in the district.