Many Afghans in Delhi don't want to go back 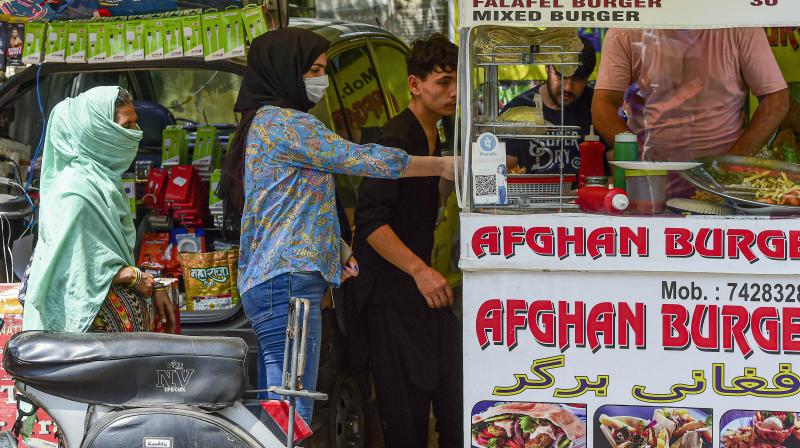 New Delhi: With the Taliban taking over Afghanistan, most Afghan nationals living in New Delhi are uncertain whether they would ever get to see their kith and kin in their country. Glued to their TV sets to get latest updates on the developments unfolding back home, many Afghans said they have not been able to contact their families for the past several days. Several Afghan students studying at Delhi’s Jawaharlal Nehru University are not willing to return to their country and want to extend their visas through academic courses. While some blame the United States for not drawing a “foolproof” plan before withdrawing their military forces, others blamed President Ashraf Ghani for abandoning them to meet his “selfish” interests.

Accusing former Afghan President Ashraf Ghani of having mishandled the situation and running away, Roheed, a 26-year-old native of Kabul, who has been living in Delhi since 2012 with his mother and brother, said the situation was worse than it was 20 years ago.

The Taliban has no religion and whatever claims they make were just for show -- a gimmick. They only want every Afghan to follow their footsteps. The claims made by the Taliban to the media are just lies, he told this newspaper. “In last two decades they have mastered the art of lying. Once the cameras are off, they continue with their bloodshed.”

“In March 2019 my wife went to Kabul, where she was brutally killed in a market by Taliban assailants only because we had a ‘love marriage’. She was shot over a dozen times by them. Now, my two-and-a-half-year-old daughter is there with my relatives and I am very tense about her and the other relatives who are living there,” said the teary-eyed Roheed, who lives as a refugee in the Lajpat Nagar area and works as a translator.

Mohammad Omid, 25, who came to India in 2017 from Mazar-e-Sharif as a refugee, told this correspondent that “whenever anyone raises any issue through the social media, the Taliban immediately take them to a deserted area and kill them”. He said: “In India at least we have security, but the fear is still there about our loved ones who have been left behind. The photos and videos coming from there are heart-wrenching.”

“Either listen to what the Taliban is ordering or face bullets”, said 15-year-old Mustafa, who came from Mazar-e-Sharif when he was 10 along with his mother, brother and sister-in-law. “We are in great danger there and I would request everyone to please help us. Even the Covid situation has forced us into a hand-to-mouth situation. There are times when we have slept without having food.”

Mustafa and his family are among the hundreds of people who are still trying to get the coveted refugee status from UNHCR. The UN agency, he said, “is also not helping us. Despite repeated requests, they don’t even consider our requests. We would like to request the Indian government and other big countries to please help the Afghan people”.

Hundreds of students from Afghanistan studying at Delhi’s Jawaharlal Nehru University and other universities are not willing to return to their country and want to extend their visas by signing up for fresh academic courses. The students are worried about their stay in India as their visas are due to expire within a month.

Many of those who have come from war-torn Afghanistan to escape from either death or captivity are also unemployed, with few sources of income, and are desperately looking for a way to make ends meet.