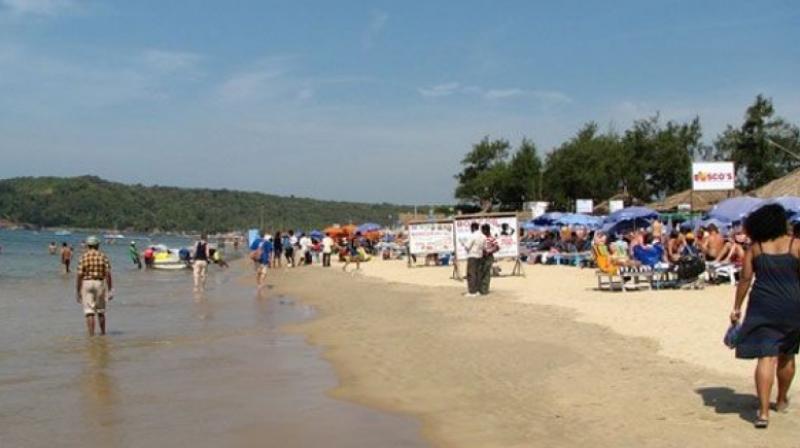 The directions were passed on a plea seeking the court to direct authorities to demolish all unauthorised constructions 'within the low and high tide areas' in a bunch of villages in Alibaug. (Representational Image | PTI)

Mumbai: The Bombay High Court said on Monday it was "shocking" how fugitive jeweller Nirav Modi and several other individuals had been permitted to carry out illegal constructions along the beach in Alibaug town of Raigad district in Maharashtra.

Holding that ignoring such violations was a case of "complete non-application of mind" by the authorities, the high court directed the Divisional Commissioner (DC), Konkan region, to start an inquiry into how over 160 illegal private structures were permitted to be constructed along the beach in Alibaug.

A bench of Justices A S Oka and R I Chagla directed the divisional commissioner to submit, within eight weeks, his inquiry report to the principal secretary, state revenue and forest departments.

The bench also directed the Maharashtra government to file an affidavit detailing the findings of the inquiry and the remedial steps initiated by the state.

The directions were part of the judgement passed by the bench on Monday on a petition filed by activist Surendra Dhavale. The plea had sought that the court directs the authorities to demolish all unauthorised constructions "within the low and high tide areas" in a bunch of villages in Alibaug, a popular weekend gateway from Mumbai.

According to the petition, such constructions had been carried out in violation of the Maharashtra Coastal Zone Management Authority rules and the land laws of the state. As per the plea, there are around 175 such private residences in Coastal Regulation Zone (CRZ) areas in villages such as Varsoli, Sasvane, Kolgaon and Dokvade, among others, all in the Alibaug taluka, belonging to several "wealthy persons, including Nirav Modi, and several businessmen and film actors".

During a previous hearing in the matter, the bench had been informed that through an order passed in June this year, the authorities concerned had dropped all proceedings against Modi's bungalow and closed the file.

The bench has now directed that the DC call for land records and ascertain how such illegal structures were permitted to be constructed. It noted that in 2009, Modi had merely been granted permission by the local authorities to carry out some repair work in his three farmhouses in the area.

However, he ended up carrying out fresh construction in an area exceeding 695 sq metres, in violation of state's land rules and coastal zone norms. It added that the fugitive diamond jeweller's case was not isolated, but that it was important to highlight the lapses on part of the DC's office in failing to act against such illegal construction.

"The issue is not merely of CRZ violations, but also of illegal construction made along beaches. There is complete non-application of mind by the authorities. The case of Nirav Modi to say the least is shocking," the bench said.

"The manner in which the DC bypassed previous orders of this court (on CRZ violations and demolition of illegal construction along beaches) calls for a serious inquiry. It appears that no adjudication was made on the question of Modi having carried out the illegal construction," the judges said.

"If there is rampant illegal construction in coastal areas, the same will not only result in the violation of environmental laws, but, it will also amount to the destruction of our ecosystem," they said.

Modi, who has fled India, is a key accused in the alleged fraud at Punjab National Bank (PNB) which has been pegged at close to USD 2 billion.

The high court noted that the state's own rules granted vast powers to the DC to carry out demolition in case of such illegalities. Therefore, it would be appropriate to direct the DC to call for all land records concerning the structures mentioned in the PIL.

"The DC must scrutinise the records and take necessary action," the bench added.