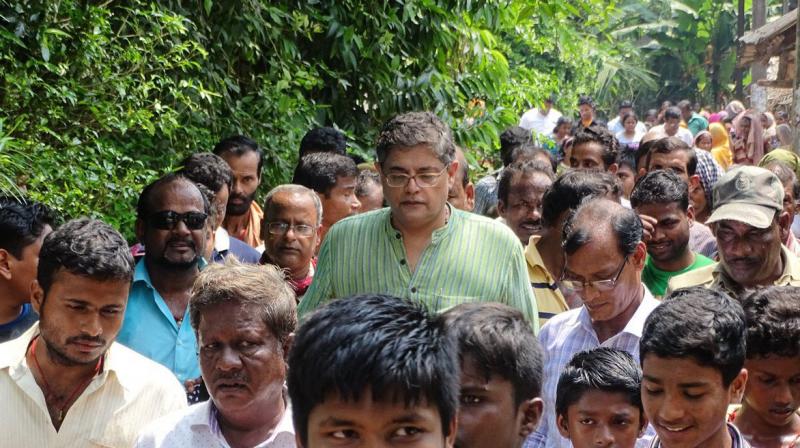 Jay Panda, who quit the BJD im May this year, has termed the complaint and seizing of his helicopter as “brazen attempt to handicap” his movement. (Photo: Twitter | @PandaJay)

Bhubaneshwar: Former Biju Janata Dal (BJD) leader Baijayant Jay Panda lashed out at the Odisha government on Monday after the state police filed a case against him for allegedly violating rules by flying over Chilika lake, a ‘No Flying Eco Sensitive Zone’. The police also seized Panda’s chopper.

Panda, who quit the ruling Odisha government after BJD suspended him for “anti-party” activities, has termed the complaint and seizing of his helicopter as “brazen attempt to handicap” his movement. However, in a series of tweet, he said that move will not stop him.

Latest
> A local cop from Puri has come to Bhubaneswar airport & "seized" the hangar & the helicopter i fly
> Clearly, facts have no bearing, & cops privately admit "orders from 3rd floor"
> Brazen attempt to handicap my movement around Odisha, but they cant stop me#JaiJagannath https://t.co/8P4t3aLUJ6

In another tweet, Panda said that he had flown to Narada village of his constituency to condole the parents of two children who had drowned in the village pond while playing. He landed back in Bhubaneswar airport, but the FIR alleges that he had landed in Chilika Lake.

THIS is whr i flew a helicopter on Sat to reach ppl in distress. & landed back at Bhubaneswar airport at the exact time the FIR alleges it "landed" in Chilika lake (chk ATC records)@odisha_police, yr illegal "seizure" of helicopter may slow me, but cant stop me from reaching ppl https://t.co/R4BzhcPweP

A police team from Puri reached Bhubaneswar airport on Monday evening and sealed the hangar where Panda’s chopper was kept. The police will now investigate the black box data from the chopper to ascertain its flight details and if it had landed in Chilika or had flown low over sanctuary.

Panda had a bitter exit from BJD in May this year. In a letter to Odisha Chief Minister Naveen Patnaik, Panda had said, "It's with deep anguish, hurt and sorrow that I have decided to quit the politics into which our BJD has descended."

In 2017, he was removed as the BJD's parliamentary party spokesperson over an article he wrote shortly after Panchayat or rural body polls in Odisha, alleging that the party was being run by "opportunists".