The main purpose of his visit to Leh, however, was to apprise the 15th Finance Commission (FC) team led by its chairman N. K. Singh. 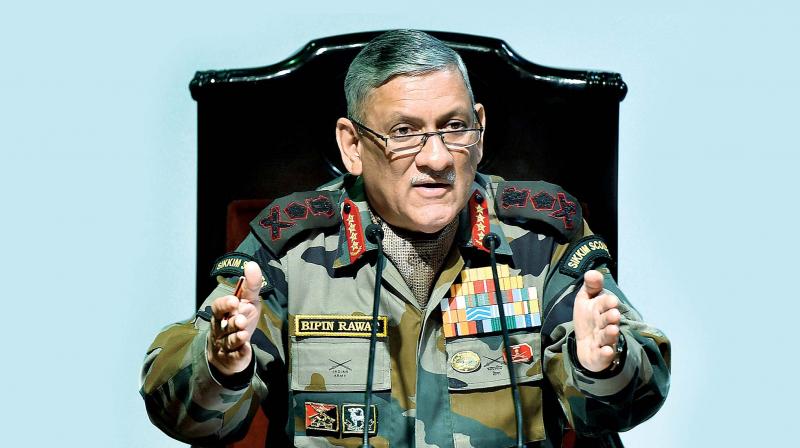 SRINAGAR: Army Chief General Bipin Rawat on Tuesday visited Leh, the main town of strategic Ladakh, to review the security situation along the borders with China and Pakistan.

He also mingled with officers and soldiers during his visit to the Army formations to obtain the first hand information on the ground situation in the frontier region, the Army sources said.

The main purpose of his visit to Leh, however, was to apprise the 15th Finance Commission (FC) team led by its chairman N. K. Singh, of the conditions in which the Army troops are operating in the landlocked region and defending the borders. The FC team is in the frontier region to obtain first-hand knowledge about challenges faced by the Army in discharging their duties under extreme terrain and altitude conditions.

A statement issued by the Army said that Gen. Rawat during his visit to the headquarters of Leh-based Fire & Fury Corps interacted with Mr Singh and other members of the 15th Finance Commission.