The incident was reported from the high security zone of the CSL, where the prestigious warship was being built. 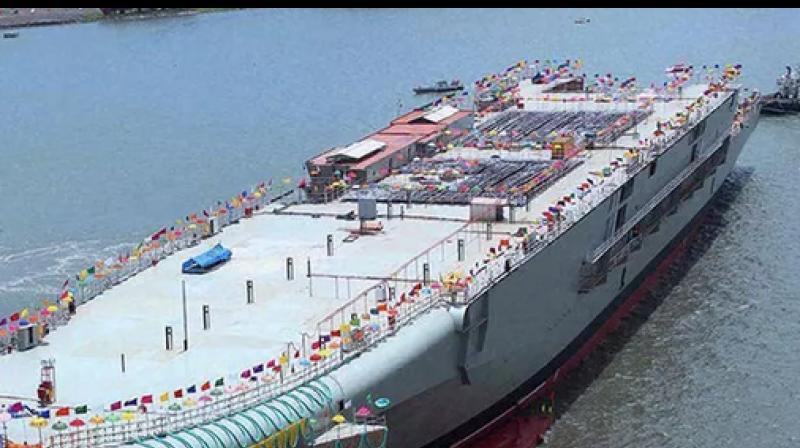 The CSL authorities had lodged the complaint with the Ernakulam South police earlier this week. (Photo: Representational)

Kochi: In a suspected case of theft, some computer hardware has gone missing from the country's first indigenous aircraft carrier being built in the Cochin Shipyard Ltd (CSL) here, police said.

A Special Investigation Team (SIT) has launched a probe into the matter following a complaint regarding the missing hardware even as the City Police Commissioner was monitoring the investigation.

"Although reported missing from the carrier, the hardware does not form part of the equipment of the vessel," they said.

The incident was reported from the high security zone of the CSL, where the prestigious warship was being built.

"However, considering the seriousness of the incident which occurred in the high security zone, we have formed a special investigation team headed by ACP crime branch.

The probe is being monitored by Kochi Police Commissioner Vijay Sakhare," a top official told PTI.

The CSL authorities had lodged the complaint with the Ernakulam South police earlier this week.

The officials were unaware of the time and date of the alleged theft.

The CSL is yet to react to the incident so far.

When contacted, a Defence Spokesperson declined to comment, saying the matter does not come under the purview of the Navy.

The indigenous aircraft carrier, which is in an advanced stage of testing of systems, is expected to begin sea trials in 2020.