ISRO's message after it lost contact with Chandrayaan-2's Vikram lander 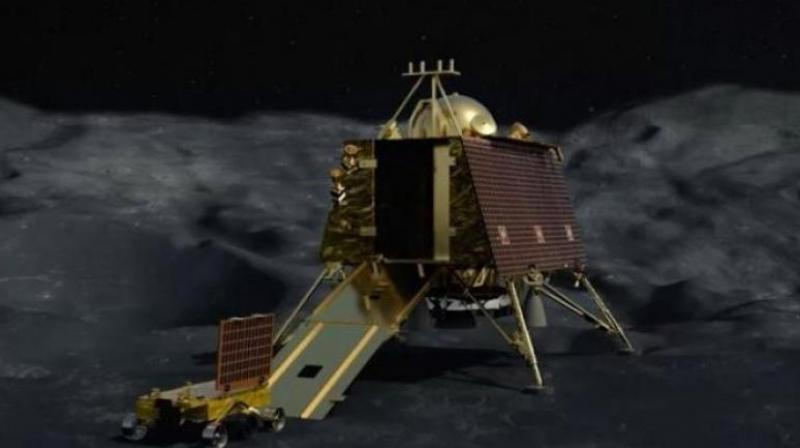 'Thank you for standing by us. We will continue to keep going forward propelled by the hopes and dreams of Indians across the world!' ISRO said in a tweet. (Photo:Twitter | Representational)

Bengaluru: The Indian Space Research Organisation (ISRO) on Tuesday thanked Indians in the country and abroad for the support it received after the space agency lost contact with the lander of the second lunar mission Chandrayaan-2, minutes before touchdown on the lunar surface on September 7.

"Thank you for standing by us. We will continue to keep going forward propelled by the hopes and dreams of Indians across the world!" ISRO said in a tweet.

The space agency had received support from the entire nation despite it losing communication with the lander ahead of the touchdown, with people from all walks of life praising ISRO and its scientists for the achievement.

Prime Minister Narendra Modi, who had flown to Bengaluru to watch the planned touchdown of Vikram, had urged ISRO scientists to not get dejected and disheartened and said the country was proud of them.

"I see disappointment on your faces. No need to get dejected. We have learnt a lot," Modi had said.

"These are moments to be courageous, and courageous we will be. We remain hopeful and will continue working hard on our space programme."

Lander Vikram, with rover Pragyan housed inside it, lost communication with ground stations early on September 7 during its final descent, just 2.1 km above the lunar surface, minutes before the planned touch-down on the Moon.

Efforts to reestablish the link have been on since.

On September 8, ISRO said the lander was spotted on the lunar surface by the camera on-board the Chandrayaan-2 orbiter. Vikram had made a hard-landing. The lander, designed to execute a soft-landing, and rover have a mission life of one lunar day, which is equivalent to 14 earth days.

The space agency after losing contact with the lander had said till date, 90 percent to 95 percent of the Chandrayaan-2 mission objectives have been accomplished and it would continue contributing to Lunar science, notwithstanding the loss of communication with the Lander. It had also noted that the precise launch and mission management has ensured a long life of almost seven years instead of the planned one year for the orbiter.