PoK part of India, will have ‘control’ over it: S Jaishankar

In a message to Pakistan, he said, “SAARC is about regional cooperation. You need trade and connectivity. You don’t need terrorism.” 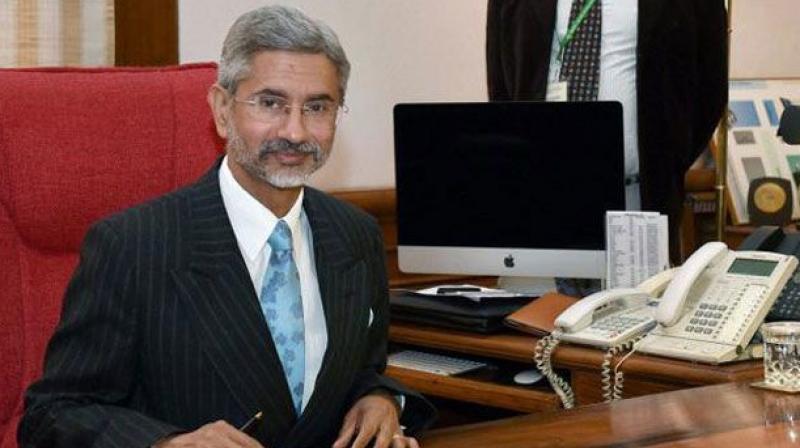 New Delhi: External affairs minister S. Jaishankar on Tuesday lambasted Pakistan on the treatment it metes out to its minorities, saying that “if there is an objective human rights audit in this part of the world, I can pretty confidently assert who will come last”. In response to a question on Pakistan-occupied Kashmir (PoK), he said, “PoK is part of India. We expect that one day we will have physical jurisdiction over it”.

In response to a question about whether there was any possibility of a meeting between Prime Minister Narendra Modi and Pakistan PM Imran Khan on the sidelines of the forthcoming UN General Assembly (UNGA) session in New York, the minister virtually indicated that it was not a possibility at all, saying that one should look at the current “climate of relations” between the two countries and that it would give one the “answer”.

On a question about a possibility of a meeting with Pakistan Foreign Minister Shah Mahmood Qureshi on the sidelines of the UNGA meet in New York as part of the traditionally-held SAARC foreign ministers’ meet, Mr. Jaishankar said, “we’ll see if that happens ... these are international events”. In a message to Pakistan, he said, “SAARC (grouping of south-Asian countries) is about regional cooperation. You need trade and connectivity. You don’t need terrorism.”

Answering a series of questions on Indo-Pak ties and the possibility of talks between the two countries, the minister said the real issue is Pakistan-sponsored terrorism. “This has to come to the table first. There has to be a recognition of that,” he said.

The Minister expressed concern about what was happening in Pakistan’s Sindh province and the abduction of a minor Sikh girl in another part of that country, describing it as a “continuing story” (of persecution) which was “pervasive”. “Look at Pakistan’s treatment of minorities,” he said, adding that the number of people belonging to the minorities had fallen so much in the past few decades in Pakistan that the Government there itself is not publishing any information about its country’s minorities.

He also said Pakistan had just been indulging in empty talk and not doing anything about “dismantling of the industry (terrorism) that they have created”. He also described the Pakistan establishment as a “set of people whose behaviour is an aberration.” The EAM said no country in the world would tolerate a situation where one’s neighbour “conducts terrorism openly as part of its foreign policy” and still the country is expected to talk to its neighbour.