Queen Victoria’s Achilles heel: A 25-year-old and his chops

It was a portrait of Abdul Karim at Osborne House on the Isle of Wight. 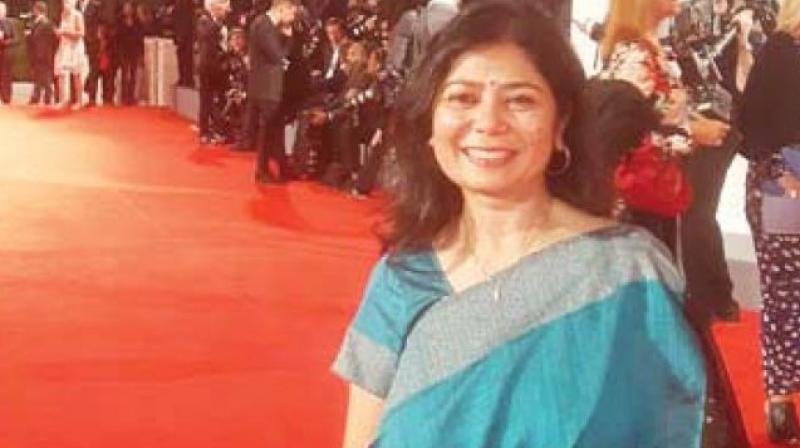 Shrabani Basu, author of Victoria & Abdul: The True Story of the Queen's Closest Confidant found, when she began her research, that their correspondences had been destroyed by Queen Victoria’s son, King Edward VII, in a fit of jealous rage. For years, she had hunted for Karim’s family, with nothing to go by apart from a grave and his family home. Four years later, after the first edition of the book appeared in print, she found the lead she’d been waiting for. In this exclusive interview with Darshana Ramdev, Basu talks about how her love for food led her to uncover one of history’s strongest, most unlikely friendships and her unrelenting search for Karim’s family, whose descendants live right here in Bengaluru.

It was the painting of Karim at Osborne House that struck you first, you say. What was it about the painting? What were you expecting to find when you set out to research the book?
A. It was a portrait of Abdul Karim at Osborne House on the Isle of Wight. This was Queen Victoria’s holiday home. He was painted in rich colours, wearing red and gold and cream and holding a book. It struck me that he had not been painted to look like a servant. It aroused my curiosity. In Queen Victoria’s dressing room there was a photograph of him placed just below that of John Brown (Queen Victoria's paramour). It convinced me that he was someone special and I wanted to know more.

With all correspondences between Queen Victoria and her munshi destroyed, how did you go about researching the book? Did you have to turn to indirect sources to rebuild their relationship?
A. There were no indirect sources. All my sources are primary sources. I consulted Queen Victoria’s Journals and her Hindustani Journals. I found Karim’s own diary in Karachi. No historian had ever seen these before. To get the complete picture, I accessed the diary of the Queen’s doctor and letters from members of the Household. Then there were letters between Queen Victoria and the Viceroy. There were a few letters between Victoria and Abdul that had survived and I did access those too. I looked at newspaper reports of the day. All these helped build a complete picture.  As a historian and journalist, the primary sources are the most important to me.
The letters of the Household revealed their attitude to Karim. It was openly racist and it was clear they disliked him intensely. They plotted against him and tried every trick in the book to bring him down.

This is fascinating because it draws parallels with another modern day phenomenon, which Kazuo Ishiguro rightly describes as "historical amnesia," our tendency to bury the stories we find unpleasant or unflattering to ourselves. Would you agree? What was it that King Edward tried so hard to conceal?  Was it an act of jealousy, rage or morality? Or a combination of all three?
A. Bertie (later King Edward VII) always had a troubled relationship with his mother. She blamed him for Albert’s (his father’s) death. He was jealous of Karim who was closer to the Queen than he could ever be. He was also paranoid that the letters between them would reveal him in a poor light. Victoria would often write to her children scolding them for being rude to Karim. She sent a letter to Bertie asking him to “be courteous to the Munshi”. She even copied it to the Munshi.

When the Queen died, Bertie ordered a raid on Karim’s house and burnt all the letters and sent Karim packing back to Agra. When Karim died eight years later, he ordered two more raids on his house and removed everything else. By then they were taking away postcards and Christmas cards with Victoria’s signature on it.  He wanted a third raid, but the Viceroy stopped him.

How did Karim, an orderly, manage to rise to where he did? In an obvious sense, one wonders what these two rather unlikely people had in common at all?
A. Victoria enjoyed his company. She enjoyed learning Urdu from him and hearing his stories about India. He told her about the festivals, the food and about the Taj Mahal and took her on a journey of a country that she was the Empress of, but could not travel to. So India came to her in the form of Abdul Karim.

He was only 25 when she promoted him and made him her Munshi or teacher. Over the years she gave him many titles, land in Agra and houses in all the royal estates in Windsor, Osborne and Balmoral in Scotland. In Balmoral she built a hosue for him and called it Karim Cottage.

He became her friend and confidant as he crossed the border of formality and treated her like a human being. Despite all the efforts of her family and Household, she stood by Karim and backed him till the end.

Having said that, however, there is more to love than its visceral or social parameters. And what strikes me about Queen Victoria through your descriptions of her, is a definite vulnerability. Karim accessed the human being within – how? Why would someone, who appeared distinctly unapproachable, even to her children, be so swayed by the charms of a young orderly?
A. Karim came to her as a breath of fresh air. Victoria had a troubled relationship with her children.  She had lost her husband when she was just 42 and had chosen to wear black mourning clothes all her life. She was known as the ‘Widow of Windsor’. She had briefly come out of her depression when she had a relationship with John Brown, her Scottish ghillie (attendant). But Brown had died in 1883 and she was lonely again. Four years later Abdul came to her as a present for her Golden Jubilee in 1887. He took her into another world and she got a new lease of life. She was learning a new language, eating delicious food and had a new friend. It gave her something to look forward to. She missed him terribly when he went home on holiday.

What motivated him? A chance for glory, otherwise so denied to people in his position? He was also married – how did this play out in his closeness with the Queen?
A. He was devoted to the Queen. She treated him like a friend, wanted to learn Urdu from him. She then became his protector and benefactor and showered him with titles, land and gifts. He had his own carriage, his own staff and was allowed to bring his family to Windsor to stay with him. His father came on a visit and his nephew joined him in England. He was covered by both the British and European newspapers as he became an object of curiosity as the Queen’s Indian secretary.  He was just 25 when he was promoted, so you can see how it went to his head.

His wife and mother-in-law came to stay with him in England and the Queen would often drop in to their cottage for tea. She would also take European royalty and the ladies in waiting to visit the Munshi’s family. She advised them on how they could have children, and was like a mother figure to them.

Theirs was a complex relationship - one that went from referring to herself as "mother" and "friend" to a "flurry of kisses". This is, from a societal point of view (Freud might disagree) highly unusual. Shocking, in fact, even today. It is remarkable therefore, that they fought for their love... Could you comment on this?
(Did the movie give it a May-December twist that was not there in real life?)
A. It was a relationship that worked at various levels.  He was her closest friend, her confidant as well as a son to her. The physical side was important, as Victoria liked to have a tall strong man standing by her side and looking after her. Karim had the same profile as John Brown. Both were six feet tall. Both were commoners who crossed the divide and treated Victoria like a woman rather than a Queen.

Victoria was prepared to take on her family, the Household and even the Prime Minister to defend Karim. How did they deal with the criticism and disapproval that came their way?
A. Victoria sent her Household and family stern memos accusing them of race prejudice and class snobbery. She defied them at every turn.

It was Abdul Karim who captured your imagination - your search for his descendants ended after the first edition of the book was published... how did you find them?
A. I had been searching for his descendants for four years. It was very difficult as Karim did not have children and the family had moved to Pakistan after partition. So it was like searching for a needle in a haystack. All I had in India was his grave in Agra and the old house.

I published the first edition knowing that someone would contact me. They did this in days and put me in touch with the family in Pakistan. There I found his diary and updated my book. I had the full story. Historical research is an ongoing process.

You did eventually find his descendants here in Bengaluru! What did that feel like? The diaries in the family's possession, shed a different light on their dynamic - the family believes their relations were strictly platonic. What impression did meeting them create on you and your own experiences with understanding this much-favoured Munshi?
A. It was amazing to meet Begum Qamar Jahan, the grand-niece of Abdul Karim in Bengaluru. The family in Pakistan were also very hospitable. They did not know much, but told me some of the stories about the Munshi that had passed down the family. They were very grateful that his story had finally been told.  For me, finding his lost diary was like finding gold dust. The Household had known about it and said that it must never be published. It gave me the ultimate satisfaction, that I could bring his story to light and make his voice heard.

Would you agree that a story like this is almost crucial in today's deeply divided world? The things that divide us are in essence, unchanged, between then and now. What we have gained in awareness, we continue to lack in empathy. What lessons does this relationship hold for us?
A. For me, it is ultimately a story about friendship and respect. It shows that you can belong to two different worlds, have different languages and different religions and come from two ends of the social class, but in the end you are all human beings and you can form bonds that take you through life. That is the message I would like people to take away from the book and the film.