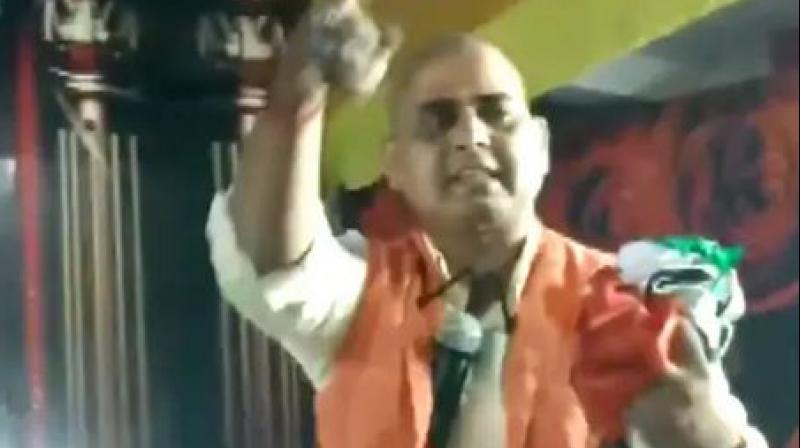 Rampur: In a BJP rally in Uttar Pradesh’s Rampur on Thursday had an unusual sight. The rally included an hour-long magic show put together by local politician Ajay Diwakar for the benefit of Bharat Bhushan Gupta, the party candidate for the Rampur Assembly seat.

On Thursday, in a video shot by journalists, Diwakar, whose day job is that of a BJP Councillor, was seen dressed in a saffron jacket and enthusiastically displaying magic trick with the Congress, Bahujan Samaj Party and Samajwadi Party flags.

Here is the video: