This border village in Arunachal pays Rs 8,000 for each bag of cement

Vijoynagar, a sub-divisional town under Changlang district, pays Rs 150 a kg for cement and Rs 250 for salt. 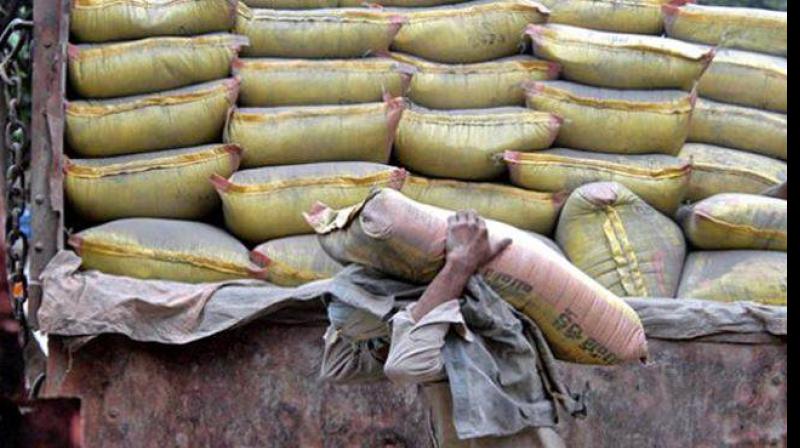 Residents at Vijoynagar town of Arunachal Pradesh pay Rs 8,000 for one bag of cement, that too if it is available. (Representational Image|PTI)

Itanagar: Believe it or not, people living in Vijoynagar town of Arunachal Pradesh pay Rs 8,000 for one bag of cement, that too if it is available.

Vijoynagar, a sub-divisional town under Changlang district with just 1500 residents, has no proper surface communication.

People have to walk for five days from the nearest thoroughfare in Miao to reach the town.

Though there is a weekly helicopter service for transporting supplies but that is largely subjected to weather condition.

The PHE department is undertaking construction of Individual Household Latrine (IHHL) in the town, a project partially funded by Centre - Rs 10,800 from the central government and Rs 9,200 by the state for one IHHL.

"All materials are transported to Vijoynagar, at the India-China-Myanmar tri-junction, through Namdapha National Park by Chakmas. They charge Rs 8,000 per bag of cement (Rs 150 per kg)," Ado disclosed.

"They carry the materials on their back and walk down 156 km for five days to reach the destination," Ado said, adding that one could imagine the challenges this hilly state faces in achieving the open defecation free (ODF) status by December.

Ado, while taking part in Swachh Bharat Abhiyan - Gramin  (SBA-gramin) awareness programme at Namphainong village of the district on November 4, had said despite numerous challenges  IHHL project is moving at a fast pace.

Bordumsa village (headman) Shekhep and ODF consultant Nyabon Pongtey added that journey to Vijoynagar by foot is a herculean task. Development naturally moves at a snail's speed in this part of the state, they said.

"Union Minister of State for Home Kiren Rijiju had announced in Itanagar in July 2014 a central government proposal to populate nearly 100 villages situated along the border. Though Arunachal shares international boundary of 1,680 km with Bhutan, China and Myanmar, the project has not seen the light of the day," Shekhep lamented.

Development is still a mirage in this sensitive border state for lack of connectivity even after three decades of establishment.

Many of the inhabited villages in far-flung areas are inaccessible and deprived of essential commodities.

The North Eastern Frontier Agency (NEFA), largest among seven NE states, was created in 1954. It became a union territory and was renamed Arunachal Pradesh on January 20, 1972 and finally statehood on February 20, 1987.

The Central Purchase Organization (CPO) with base at Mohanbari in Assam's Dibrugarh district, now known as the public distribution system (PDS), was very effective in the 80s when essential items were airdropped in many remote areas.

With the PDS proving ineffective, today salt which costs Rs 20 per kg in state capital is about Rs 250 in many border areas, including Vijoynagar.

"People living in the border areas are forced to migrate to urban places for lack of basic amenities. These ghost towns along the border are one of the reasons why China is entering the territory," former finance minister Late Kalikho Pul had told a tribal ministers' conference in New Delhi on October 28, 2014.