India   All India  18 Nov 2019  Gambhir hits out at AAP over 'missing' posters, trolling
India, All India

Gambhir hits out at AAP over 'missing' posters, trolling

'Missing' posters of BJP East Delhi lawmaker surfaced in ITO area in Delhi when the BJP MP failed to attend a meeting on air pollution. 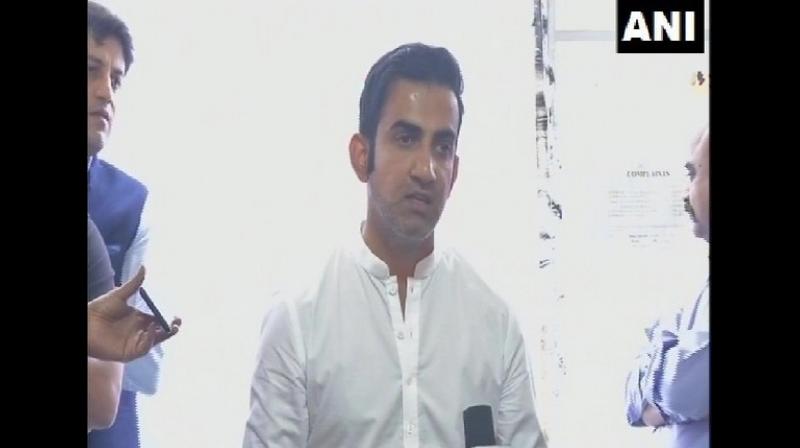 'I know the meeting was very important but I was contractually bound. I had signed the contract in January and I joined politics in April. Due to contractual obligation, I had to go for the commentary. On 11th November I received the mail and on the same day, I had informed them the reason for not attending the meeting,' Gambhir said. (Photo: ANI)

New Delhi: BJP MP Gautam Gambhir on Monday hit out at AAP for trolling him, and for his 'missing' posters for not attending the Parliamentary Standing Committee of Urban Development meeting on air pollution in Delhi, on 15 November.

Gambhir said, "If air pollution in Delhi increased due to my eating 'Jalebis' then I can give up eating them. I was trolled within ten minutes and if the same hard work they had done on controlling pollution which they had done on trolling me, then the national capital would be breathing clean air."

"I am very much concerned about pollution in Delhi as my two kids stay here," he added.

"Lost. Have you seen this person? He was last seen eating jalebis in Indore. The entire Delhi is looking for him," the message, along with a picture of Gambhir, read.

These posters popped up after Gambhir skipped the meeting on air pollution.
The AAP criticised the former cricket star for not attending the meeting, saying he was "busy enjoying" in Indore, at a time when Delhi was reeling under severe air pollution levels.

Party leader Atishi made a scathing attack on Gambhir.

"A week is a long time in politics, but not for @GautamGambhir who clearly needs more time to get out of his primary commitment - cricket. He was notified of the Committee on Urban Devt meet on air pollution exactly one week ago. Very unfortunate that the Hon MP couldn't make time," she had tweeted.

This came after photographs of Gambhir along with his former teammate VVS Laxman and TV presenter Jatin Sapru had surfaced on social media, where the trio was seen relishing jalebis in Indore, the venue of the first Test match between India and Bangladesh.