The All-India Muslim Personal Law Board (AIMPLB) to move Supreme Court seeking a review of its Ayodhya verdict. 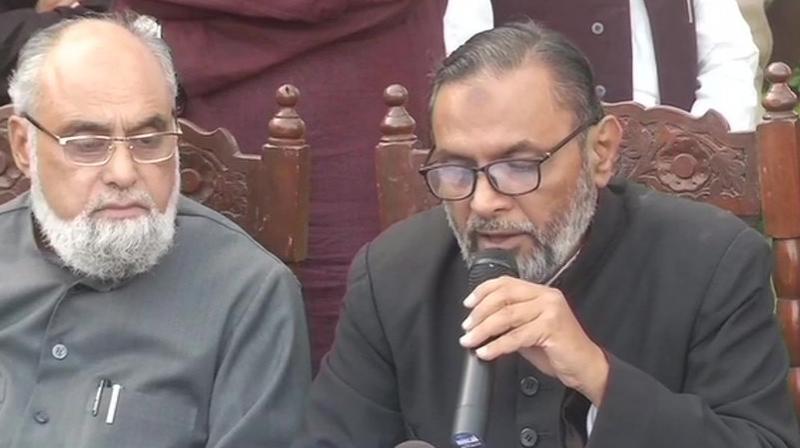 Hyderabad: The All-India Muslim Personal Law Board (AIMPLB) on Sunday decided that it would move the Supreme Court seeking a review of its verdict on the Ayodhya matter. The executive committee of the board, which met in Lucknow on Sunday, also decided not to accept the grant of five acres of land for building a new mosque at an alternative site since it was against the tenets of Islam.

While the meeting was to be held at Darul Uloom Nadwatul Ulama (DUNU), the board’s headquarters, it was shifted to the nearby Mumtaz Degree College, which the organisers claimed was due to the “efforts of the district administration to stall the meeting”.

Zafaryab Jilani, senior member of AIMPLB and convener of the All-India Babri Masjid Action Committee (AIBMAC), claimed the case had been filed in court on behalf of all Muslims, and the board, representing the sentiments of the community, wanted to exercise its constitutional right to file a review petition. Mr Jilani, in reply to a question, said that Mr Rajiv Dhawan, senior lawyer, would continue as their lawyer and would try to file a review petition within 30 days of the judgment, that will be December 9.

Reacting to the Babri Masjid case plaintiff Iqbal Ansari’s refusal to file a review petition, Mr Jilani said the board was exercising its constitutional right and there was no politics in the issue. He claimed Mr Ansari was “probably being pressured by the district administration to not file a review petition”.

Referring to the need for a change of venue of the meeting, Mr Jilani alleged officials from the district administration had tried to stop the meeting at DUNU, so the venue had to be changed. Members who arrived at the original venue were taken to the new venue and the media was not informed, he alleged.

The Muslim Personal Law Board spokespersons said the Supreme Court verdict was “self-contradictory, and added: “The court has accepted the fact that namaz was offered on site and that idols were forcibly placed at the site on the night on December 22-23, 1949. The judges ignored the fact that under waqf rules, a mosque cannot be shifted. There was also no proof of any temple under the domes of the demolished mosque.” They also said that they had not contested the case to secure an alternative piece of land.