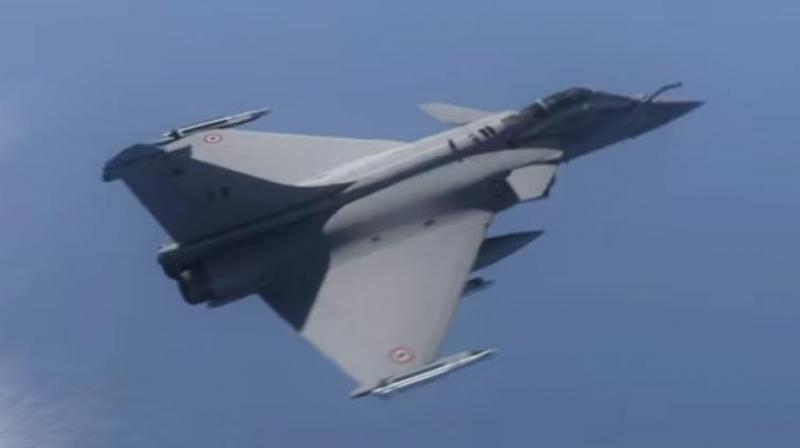 New Delhi: The slugfest over the Rafale jet deal again forced adjournments in Parliament on Monday with the ruling BJP and the Congress both giving notices of breach of privilege against Rahul Gandhi and Prime Minister Narendra Modi in Lok Sabha on alleged statements related to the controversial deal.

A separate privilege notice was moved against law minister Ravi Shankar Prasad in Rajya Sabha by the Opposition for allegedly giving an affidavit with “wrong information” in the documents asked by the Supreme Court.

The tit-for-tat privilege notices come amid intensified attacks on each other by the BJP and the Congress in Parliament following last week’s apex court verdict dismissing petitions seeking a probe into alleged irregularities in the Rs 58,000-crore deal for 36 Rafale jets.

BJP MPs Anurag Thakur, Nishikant Dubey and Sanjay Jaiswal moved a notice of breach of privilege in Lok Sabha against Mr Gandhi, alleging that he spoke “falsehood” and “misled the House” over the fighter aircraft deal in his speech during the debate on no-confidence motion against the Modi government in the Monsoon Session in July.

The BJP MPs quoted Mr Gandhi as saying that the UPA government had agreed to buy the Rafale aircraft at Rs 520 crore per unit but when the BJP-led NDA government signed the deal, it cost Rs 1,600 crore “by magic”.

“The above statement is entirely untrue... We categorically assert that the price comparison given by Rahul Gandhi is a figment of imagination, incorrect and utter falsehood. It was an attempt to mislead the House,” the BJP MPs' notice said.

They also cited the apex court order and noted that the government had submitted a comparative chart of prices in a sealed envelope to it. The Congress gave notices of breach of privilege in both Houses of the Parliament, demanding an explanation from the government on why it provided "wrong" information to the Supreme Court on the Rafale deal.

Leader of the Opposition in Rajya Sabha Ghulam Nabi Azad sent the notice to the Upper House chairman, while Congress' leader in Lok Sabha Mallikarjun Kharge gave the notice in the Lower House.

In the notice, Mr Jakhar said that it is being moved against the Prime Minister for allegedly misleading the Supreme Court and Parliament in connection with the recent judgment on the Rafale deal.

Mr Azad said, "I have given a breach of privilege notice against the government and in particular against law minister Ravi Shankar Prasad as it was the law ministry that gave the go-ahead for presenting the affidavit before the Supreme Court."

The Congress has been relentlessly alleging that the government scrapped the UPA-era Rafale deal to sign a new one to help Anil Ambani's company bag an offset contract with Dassault, the maker of Rafale jets. The costs jumped in this deal, Congress chief Mr Gandhi has repeatedly alleged.

But the apex court, while dismissing the need for a probe into the Rafale deal, said, "There is no evidence of commercial favouritism to any private entity."

Mr Gandhi has, however, stuck to his allegations of corruption in the purchase and demanded a probe by a Joint Parliamentary Committee (JPC).

Parliament proceedings were disrupted for the fourth consecutive day on Monday over the Rafale deal and Cauvery issues, leading to adjournment of Rajya Sabha for the day soon after it met, and Lok Sabha after passing a bill on transgender rights.