India   All India  18 Dec 2019  No death warrant for Nirbhaya convicts yet, next hearing on Jan 7
India, All India

No death warrant for Nirbhaya convicts yet, next hearing on Jan 7

Nirbhaya’s mother, Asha Devi said, 'Court is only looking at their (convicts) rights and not ours.' 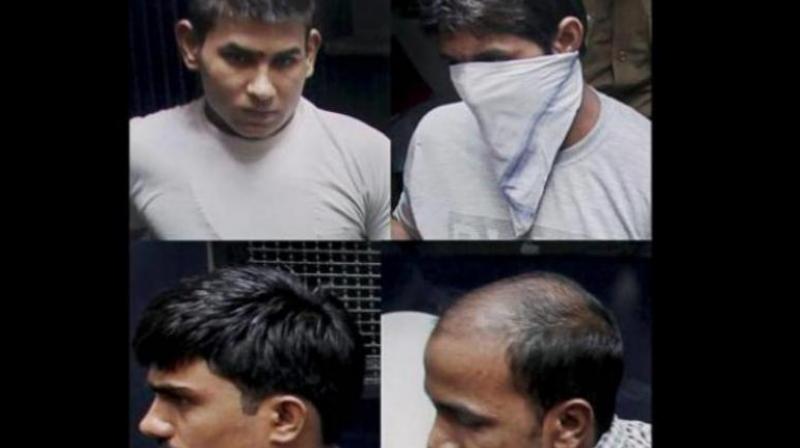 New Delhi: Delhi’s Patiala House Court on Wednesday directed Tihar jail authorities to seek response from the four death row convicts of 2012 Nirbhaya gangrape and murder whether they would file mercy pleas against their execution to President Kovind.

The court said they would wait for apex court order’s copy and adjourned the case for January 7, 2020.

The lawyer appearing for Nirbhaya's mother said that there was no impediment in issuing death warrants in the case. Consoling Nirbhaya's crying mother, the judge said, "I have full sympathy with you. I know someone has died but there are their rights too. We are here to listen to you but are also bound by the law".

The court made the observations after Nirbhaya's mother started crying before the court saying "everywhere we go they (the convicts) say they have legal remedies. What do we have?.

Dejected by the order, Nirbhaya’s mother, Asha Devi said, “The court has given them (convicts) to time to seek remedy. Court is only looking at their (convicts) rights and not ours. There is no guarantee that a judgement will be given on next date of hearing.”

The 23-year-old paramedic student was gangraped and brutally assaulted on the intervening night of December 16-17, 2012 inside a moving bus in south Delhi by six persons before being thrown out on the road. She died on December 29, 2012 at Mount Elizabeth Hospital in Singapore.