Earlier this month, Baghel had said that the BJP only engages in divisive politics in the name of religion. 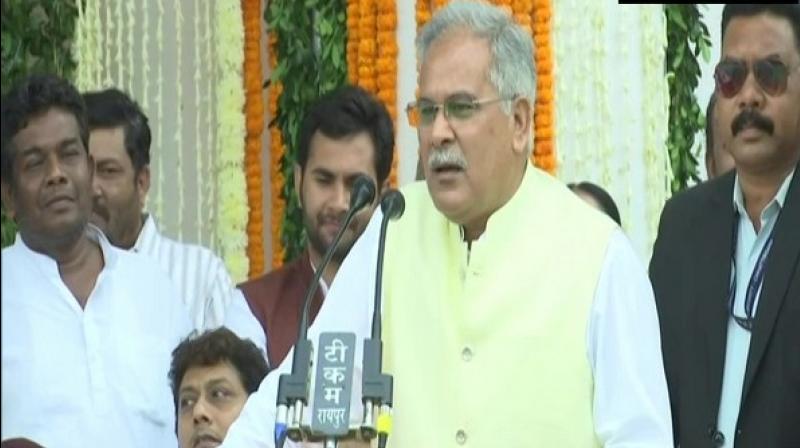 Raipur: Slamming the BJP-led central government over the Citizenship (Amendment) Act, 2019, and National Register of Citizens, Chhattisgarh Chief Minister Bhupesh Baghel on Tuesday said that if the NRC is implemented, then he would be the first person not to sign it.

"If the National Register of Citizens (NRC) is implemented, I will be the first person not to sign the register. In South Africa, Gandhi ji started a movement against 'angrez', similarly, we will oppose these 'kale angrez' here," Baghel said.

Earlier this month, Baghel had said that the BJP only engages in divisive politics in the name of religion.

The Citizenship (Amendment) Act, 2019, grants Indian citizenship to refugees from Hindu, Christian, Sikh, Buddhist and Parsi communities fleeing religious persecution from Pakistan, Afghanistan, and Bangladesh, and who entered India on or before December 31, 2014.