Nine leaders including state president were expelled from the party by Shivpal Yadav on charges of indiscipline. 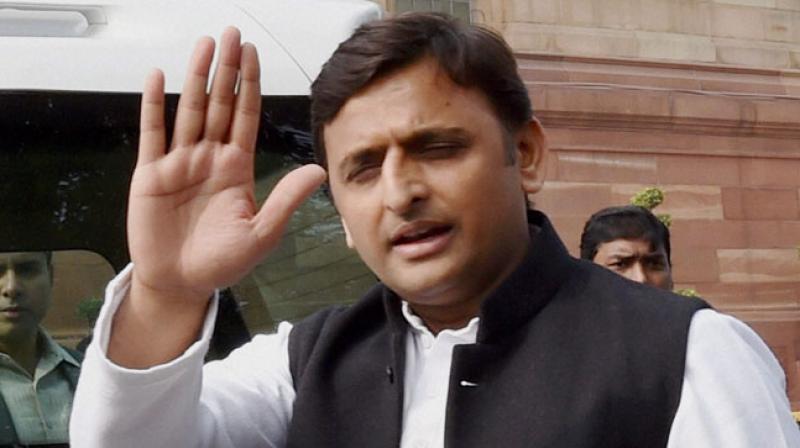 The decision to revoke their expulsion was a foregone conclusion though formal orders to this effect were issued late last night, taking them back in the party fold.

This is the first major decision taken by Akhilesh as the SP national President.

Samajwadi Yuvjan Sabha state chief Brajesh Yadav and his counterpart in Samajwadi Chhatra Sabha Digvijay Singh, who were also sacked on charges of indiscipline after they led an agitation demanding restatement of Akhilesh, are also back in the party.

MLC Udaiveer Singh, who was expelled for attacking Mulayam alleging he was under influence of "outsiders", too is back.

MLC Arvind Yadav, nephew of SP general secretary Ram Gopal Yadav, against whom allegations of "land grabbing" was made by Shivpal while being sacked, has also been taken in.

Akhilesh also appointed Geeta Singh as the state president of SP Mahila Sabha and restored youth leaders back to their their previous posts.

On Monday, Election Commission has settled the dispute over Samajwadi Party's name and symbol 'bicycle' in the UP CM Akhilesh's favour.

Taking full control of the ruling party after being crowned as its head at a disputed national convention here on January 1, Akhilesh has been going all out consolidating his grip over the organisation.

He has already made new appointments of district chiefs and also released list of candidates for the Legislative Council polls in his capacity as the SP chief.

The existing presidents of these district units were sacked with immediate effect to pave the way for new faces to demonstrate the chief minister's strengthening grip over the party.

Presidents in all these districts were dumped by Shivpal, who is state president of another faction of SP backed by Mulayam, his elder brother.