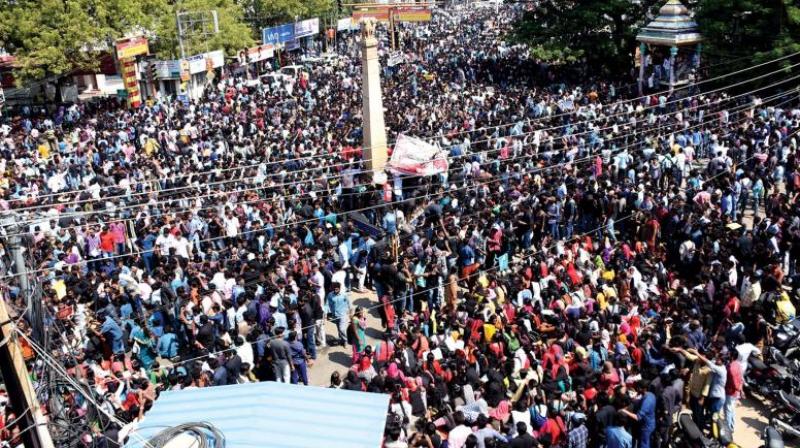 New Delhi: Tamil Nadu Chief Minister O. Panneerselvam on Thursday met Prime Minister Narendra Modi at his residence in Delhi to demand promulgation of an ordinance for conduct of Jallikattu.

While appreciating the cultural significance of the bull-taming sport Jallikattu, the Prime Minister observed that the matter is presently sub-judice.

“The Centre would be supportive of steps taken by the State Government,” Modi told Panneerselvam.

Meanwhile, massive protests in support of Jallikattu continued for the third day on Thursday at the Marina beach in Chennai and other parts of Tamil Nadu, with hundreds more joining the agitation.

Unfazed by the Chief Minister's call to withdraw protests thousands of volunteers remained steadfast on their demand for holding the bull-taming sport in the state. They vowed to continue the stir till they got a positive response on it.

Agitations continued in various parts of the state, including Alanganallur, the usual hub of the Jallikattu event, with students and many others joining the stir.

On Wednesday, Panneerselvam and AIADMK General Secretary VK Sasikala had reiterated their commitment to holding Jallikattu with the former air-dashing to Delhi to meet Modi and seek an ordinance for its conduct.

Sasikala had also assured that the government will move a resolution in the ensuing session of the Tamil Nadu Assembly and unanimously adopt it with the support of all parties in the House.