The police have registered an FIR and will examine the CCTV footage as the teacher has not been able to identify the student. 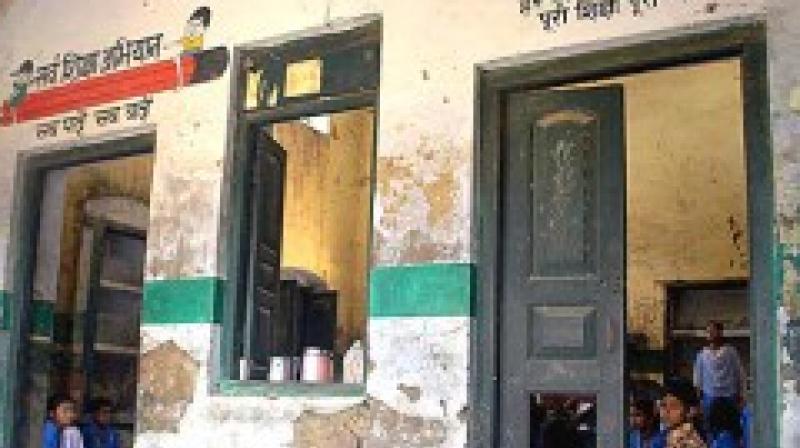 A student at a government school in Delhi locked up a 44-year-old teacher in the school washroom for about 15 minutes. (Representational image)

New Delhi: A student at a government school in Delhi locked up a 44-year-old teacher in the school washroom for about 15 minutes and demanded "sexual favour" in return of her release.

According to a report in The Indian Express, the incident took place on Tuesday when the teacher went to washroom around 12:50 pm after the first shift got over.

"She was inside the washroom when she heard a noise and realised that the door had been locked from outside," the IE quoted its sources as saying.

"She initially requested the student to open the door, but he started abusing her. He then started demanding sexual favours on the pretext of unlocking her door. The teacher started screaming for help, following which the student fled. However, she managed to get a glimpse of him through the ventilator," sources added.

The teacher, however, could not identify the student. Police said they will go through the CCTV footage and investigate the matter

An FIR has been registered under IPC sections 354-A (assault or criminal force to woman with intent to outrage her modesty) and 509 (word, gesture or act intended to insult the modesty of a woman) at Vivek Vihar police station.

The officials at the Directorate of Education (DoE) said the matter was brought before them and a meeting was held with the School Management Committee (SMC) to discuss the issue.