The CEO has, however, denied the allegations and said he does not know how Arambam sustained injuries. 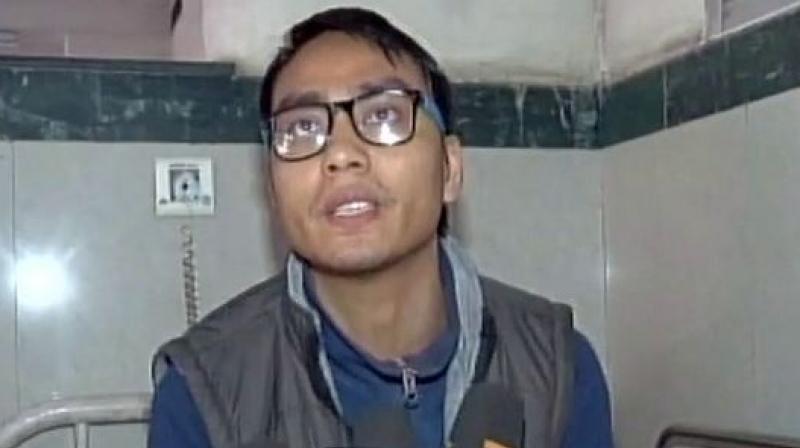 Romen Arambam, the Manipuri youth, who alleged that his employers beat him up and paraded him naked. (Photo: ANI/Twitter)

Gurugram: The CEO and staff of a BPO firm in Gurugram’s Udyog Vihar allegedly beat up a Manipuri youth, an employee at the firm, on suspicion of stealing company data.

According to reports, the employers thrashed, kicked and paraded Romen Arambam, who is undergo ing treatment at a Civil Hospital, around midnight on January 13.

“Bouncers kept by CEO thrashed me. Snatched my phone, accessed emails. They paraded me naked, kicked on my face,” Arambam told ANI.

Arambam, who joined the company about a month ago, alleged that his employers also recorded the assault on a mobile phone.

“They pressurised me to know who was responsible for the loss. I repeatedly told them that I did not know. This continued till late in the night. Around midnight, the CEO started hitting me. They punched me, kicked me, stripped me and hit me with a baseball bat. One of them even captured it on a mobile phone. After I lost consciousness, they took me to Neelkanth Hospital around 3 a.m. and told the doctor that I fell from the stairs,” Arambam told a newspaper.

The CEO has, however, denied the allegations and said he does not know how Arambam sustained injuries.