Separatists are opposing setting up of transit accommodation for Kashmiri Pandits as part of their return to the Valley. 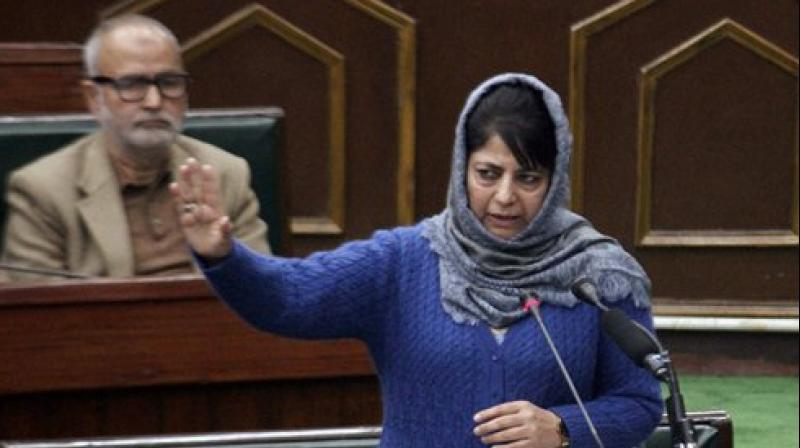 Jammu: In a significant development, Jammu and Kashmir Assembly on Thursday unanimously passed a resolution for creating a conducive atmosphere for the return of Kashmiri Pandits to the Valley, with the state government asserting it will go ahead with the proposal of setting up transit camps for the displaced community which is being strongly opposed by separatists and some mainstream groups.

Soon after the House met in the morning, on a day the mass migration started in 1990 from the Valley, former Chief Minister Omar Abdullah said the Assembly should pass a resolution for the return of Kashmiri Pandits and other migrants, rising above party politics.

The working President of National Conference (NC) said 27 years ago "unfortunate" circumstances in Kashmir had forced the migration of Kashmiri Pandit community, members of Sikh community and some Muslims.

"Today it has been 27 years since they (Kashmiri Pandits, some Sikhs and Muslims) left the Valley and we should rise above politics and pass a resolution in the house for their comeback," Omar said.

Speaker Kavinder Gupta moved the resolution which was passed by voice vote.

Welcoming the "unanimous move," J-K Education Minister and government spokesman Naeem Akhtar said, Kashmiri Pandits have "full rights" on the Kashmir and the government will go ahead with the proposal of setting up of transit camps for the community in the Valley.

"It is a very good initiative which has gone from the entire house which means that our political system wants that Pandits should return," he said outside the state Assembly.

"A road map is already there that first they (KPs) will come to the transit camps where they can feel secure ... they will spend a year or two (in transmit camps) after that wherever they want they can construct a house."

"Like I have the right on Kashmir they too have their rights. They are equal stakeholders in Kashmir ...We need them more than they need us," he said.

On the opposition by separatists for setting up the transit camps, Akhtar said, "It is an ongoing dialogue ... but I don't think the common Kashmiri is with them".

Separatists and some mainstream groups are opposing setting up of transit accommodation for Kashmiri Pandits as part of their return to the Valley from which they were forced out in 1990.

Last Monday, Chief Minister Mehbooba Mufti had also slammed those opposed to transit accommodation for Kashmiri Pandits in the Valley, and questioned how the return of "our people" could bring about a demographic change.

"They (separatists and others opposed) are saying that if the Kashmiri Pandits comes back it will be demographic change.

How is it a demographic change?

"Those who have taught us, lived and grown up with us and in whose homes we used to eat food and those who are an inseparable part of our culture, what demographic change will there be if they return back to Kashmir? I fail to understand this logic," Mehbooba had said in Legislative Council in Jammu.