No SP-RLD alliance in UP, 'grand alliance' hopes dashed

The decisions regarding forging an alliance and seats were taken at a marathon six-hour meeting held by Chief Minister Akhilesh Yadav. 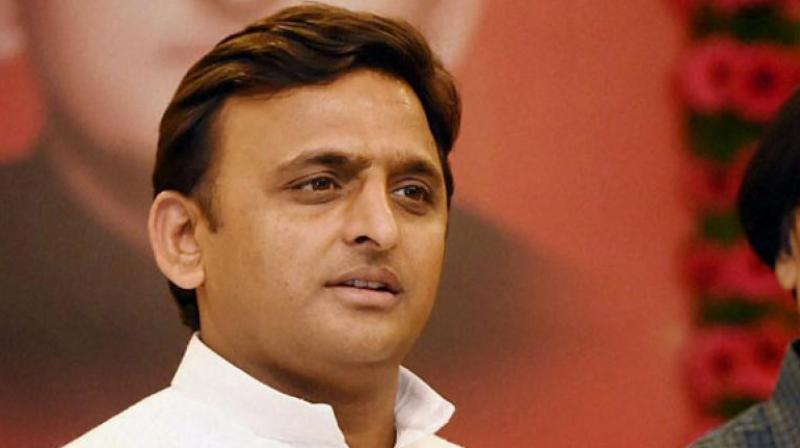 Lucknow: Hopes of a 'maha gathbandhan' against the Bharatiya Janata Party (BJP) in Uttar Pradesh were on Thursday dashed with the Samajwadi Party ruling out any alliance with Ajit Singh's Rashtriya Lok Dal (RLD), but asserting a tie-up with the Congress

"We will forge an alliance only with the Congress. We will not ally with the RLD. No talks are going on with them (RLD).

We will contest from over 300 seats (out of 403) and the Congress will be there for the rest of them," SP national vice president Kironmoy Nanda told PTI.

As regards finalisation of candidates, he said, "SP has finalised its candidates for the first and second phases (of the upcoming polls). Now, it is up to the Congress to decide on their nominees."

Nanda said the details of the seats would be announced by SP national president Akhilesh Yadav.

The decisions regarding forging an alliance and seats were taken at a marathon six-hour meeting held by Chief Minister Akhilesh Yadav with senior SP leaders on Thursday.

Sources said RLD wanted more seats than what SP was ready to part with.

"After the alliance with the Congress, we will get an absolute majority in the state and Akhilesh will become chief minister again," Nanda asserted, adding that the SP will release its poll manifesto soon.

Talks with the RLD, sources said, failed as it wanted more seats but the SP was not ready to oblige.

"We wanted the seats of our choice but there was no agreement on it," RLD spokesman Anil Dubey later said.

He, however, declined to elaborate further.

Efforts to cobble together a grand alliance in Bihar too had come across a hurdle with the SP declaring to contest the 2015 Assembly polls in that state on its own.

The Bihar unit of the SP had demanded at least 27 seats, but later agreed to contest from 12 seats.

When finally they were given only five seats, the party took it as a humiliation and decided to go it alone.