The Centre has been making repeated efforts to find a way to have the NH-2 opened. 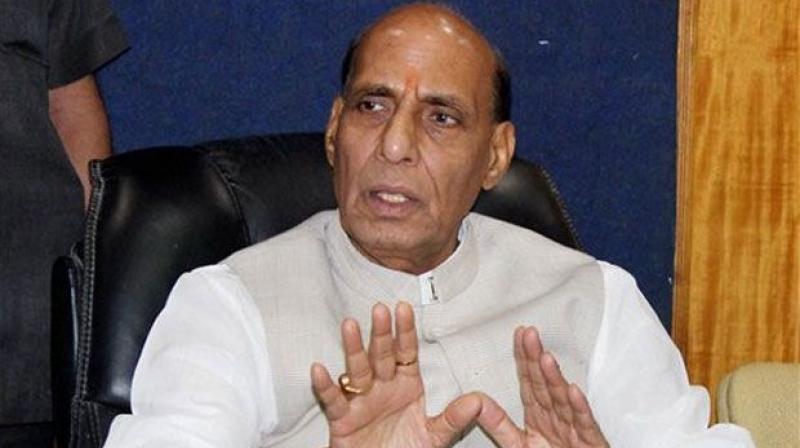 New Delhi: Expressing grave concern over the continued blockade of National Highway-2, Union Home Minister Rajnath Singh has asked the Manipur government to maintain public order in the state, including maintenance of essential supplies and a conducive atmosphere for holding elections next month.

Rajnath Singh conveyed this message to Okram Ibobi Singh in Delhi on Wednesday.

He also held a meeting with the Chief Minister of Nagaland, T R Zeliang, on Wednesday, and sought the Nagaland government's cooperation in keeping National Highway-2 open between Dimapur and Mao Gate and asked him not to allow disturbance on this vital route.

The Centre has been making repeated efforts to find a way to have the highway opened, which is causing severe difficulties to the people of Manipur especially with regard to availability of essential commodities. Rajnath Singh stated that continued blockade is likely to adversely affect democratic process in the forthcoming elections by hampering movement of people, including election officials. He assured to send more forces in the state if required to for this.

On December 22, 2016, the Union Home Minister wrote to the Chief Minister of Manipur to discharge his constitutional obligations of keeping the national highways open and ensure supplies of essential commodities. So far, 40 additional companies of central paramilitary forces have been made available to Manipur as asked for by them in the month of December, 2016, in addition to 135 companies of CAPFs already stationed there. Despite these repeated efforts of the ministry, nothing substantive seems to have been done to remove the economic blockade.