Smriti told DU not to give info on her degrees: CIC

The commission has now directed the School of Open Learning to produce before it all records on Ms Irani’s qualifications. 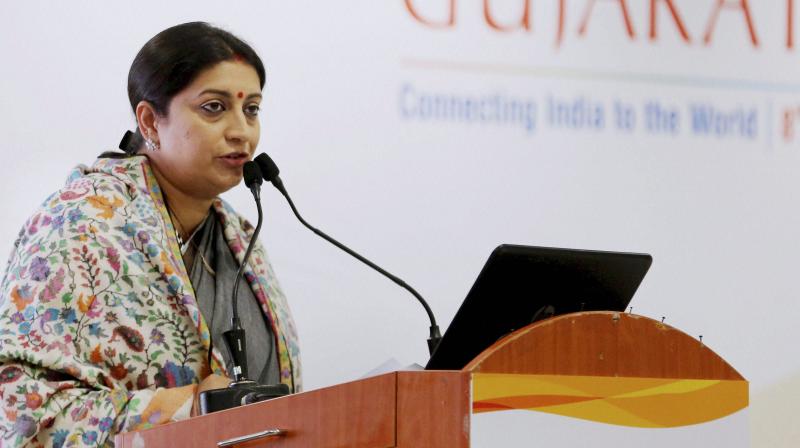 New Delhi: Delhi University’s School of Open Learning claims it was former HRD minister Smriti Irani herself who asked the university not to disclose details of her educational qualification to an RTI applicant. This was revealed by DU to the Central Information Commission.

The commission has now directed the School of Open Learning to produce before it all records on Ms Irani’s qualifications. She is now Union textiles minister. A fresh showcause notice was issued to DU’s Central Public Information Officer for failing to produce records before the commission as directed.

The RTI petitioner alleged Ms Irani gave contradictory information in her affidavits filed before the elections in 2004, 2011 and 2014.

In her affidavit for the April 2004 Lok Sabha polls, she said she completed her BA in 1996 from DU (School of Correspondence, as School of Open Learning was then called), whereas in another affidavit of July 11, 2011, to contest the Gujarat Rajya Sabha elections, she said her highest educational qualification was B. Com. Part I, the petitioner alleged in a city court. The court, however, had dismissed the matter on the ground that considerable time had lapsed in filing the complaint.