‘School was open against the order of district admin to close schools due to cold. Over 2 dozen children died,’ police said. 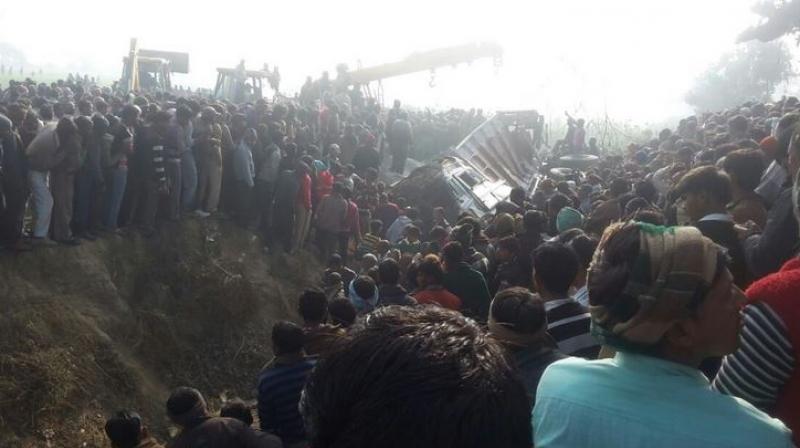 More than 24 children were killed when a school bus carrying them collided with a truck in Uttar Pradesh's Etah district on Thursday. (Photo: ANI/Twitter)

Etah: At least 15 children were killed when a school bus carrying them collided with a truck in Uttar Pradesh's Etah district on Thursday.

The Uttar Pradesh Director General of Police (DGP) Javeed Ahmad said the school was open even though the district administration had issued an order to all the schools, instructing them to remain shut in view of the cold weather.

The DGP had earlier put the number of deaths at 24, however, later reports put the death toll at 15.

“School was open against the order of district admin to close schools due to cold. More than 2 dozen children died,” the UP DGP had earlier said.

“Priority is to rescue trapped children. Rescue operation is underway. Strict action will be taken against the school,” he added.

The bus of J S Vidyaniketan was taking the students to school when it met with the accident, police said.

Senior police officials have rushed to the spot.

Prime Minister Narendra Modi condoled the death of children in the mishap.

“Anguished by tragic accident in UP’s Etah . I share the pain of the bereaved families & condole passing away of young children,” Modi said. “I pray that those injured in the accident in Etah recover at the earliest,” he added.