He said earlier people never used to get know of incidents of violence, but now they are aware thanks to the role being played by the media. 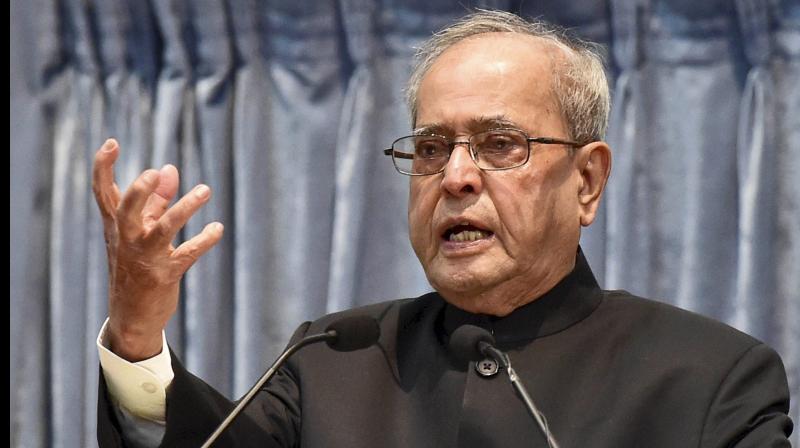 Dantan (West Bengal): President Pranab Mukherjee on Thursday lamented the "growing conflict and difference of opinion" in the society and said there was a stronger need to enhance mutual respect, remarks that came against the backdrop of protests in the country over several issues.

"These days whenever you see newspaper and watch TV, there are news of regular violence. I am not talking about international violence, but it is also about violence in our minds, our conscious and conflict in our souls," Mukherjee said after inaugurating the 28th Dantan Gramin Mela in Dantan.

Dantan is a tiny town in Paschim Medinipur district of West Bengal. "I am talking about day to day small incidents, not about international violence. There were conflicts and difference of opinion earlier also. But now this kind of situation is increasing day by day," he said against the backdrop of recent protests in Bhangar in West Bengal and over construction of a Power Grid sub-station, Jallikattu ban in Tamil Nadu.

Mukherjee said that earlier, such conflicts used to be prevented at a local level but now "it is spreading like anything".

In the present scenario, there is a stronger need for enhancing mutual respect, he said.

He also mentioned that earlier people never used to get to know incidents of violence, but now they are aware thanks to the key role being played by the media.

Talking about the Dantan Gramin Mela, Mukherjee said that such rural fairs bring hope for brotherhood, harmony and peaceful co-existence among people.

"You cannot see this kind of mela in urban areas. There are always huge gatherings. These types of mela reflect eternal sense of rural areas," he said.

Such melas help increase personal touch among cross section of society. "This is very important in respect of global context," he added.

The President recalled a few lines by famous Bengali writer Tara Shankar Bandyopadhyay and said: "Sei mela te kobe jabo? Thikana ki hay re? Je Melate gan thame na, Rater adhar nai re... (When I will go to that fair? What is the address? Where songs do not stop and where there is always light)".

He said that Dantan, also known as "dandabhukti" was a thriving town en route to Jagannath temple in Puri.

It is said Chaitanya Mahaprabhu passed through Dantan in the 16th century. Witness to many streams of culture and history, Dantan is still redolent with the richness of literature and culture and the joy of creation, he added.

The President also appreciated the activities of the Dantan Gramin Mela, being held for more than 27 years by Dantan Sports and Cultural Association with the cooperation of Maitree organisation.