India   All India  19 Jan 2018  BJP mocks AAP: Kejriwal govt gone from 'India against Corruption' to 'I am corruption'
India, All India

BJP mocks AAP: Kejriwal govt gone from 'India against Corruption' to 'I am corruption' 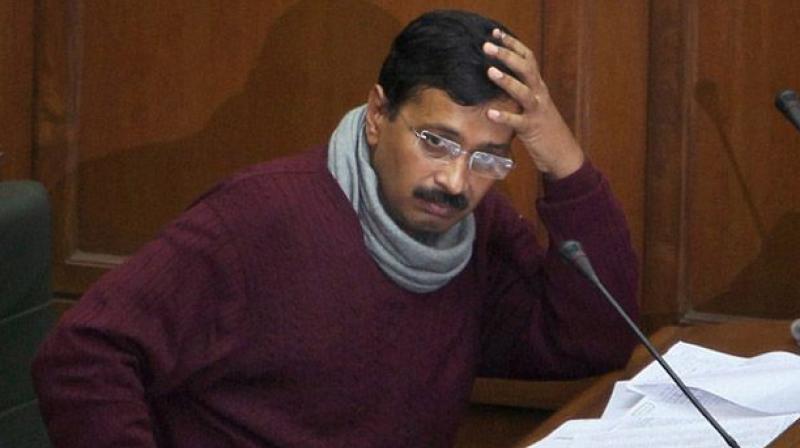 BJP spokesperson Sambit Patra said that Kejriwal's guilt on the issue was quite evident when he tried to keep the office of Parliamentary secretaries out of the list of office-of-profits in June 2015. (Photo: File)

New Delhi: Soon after the Election Commission (EC) on Friday recommended disqualification of 20 Aam Aadmi Party legislators for holding 'office of profit', the party said that the EC has hit a "new low", because it "didn't give the legislators a chance to present their cases".

The AAP also called the EC's decision a "conspiracy", and was severely critical of EC chief AK Joti.

Senior AAP leader Ashutosh tweeted that this decision was an all time low for the EC and it has become "the letter box of the Prime Minister's Office (PMO)".

Bhardwaj also alleged that the recommendation for sacking the MLAs was not conveyed to the party directly, but it came to them through sources.

"The MLAs did not get a chance to present their point," he complained adding that none of the information the EC had was from credible sources and there is no proof of the MLAs misusing any benefits provided to them.

"I want to ask if people from constituencies of these 21 MLAs have seen them utilising government facilities like car, house or salary," he added.

Opposition in the Delhi Assembly welcomed the EC's decision. Bharatiya Janata Party (BJP) spokesperson Sambit Patra said that Kejriwal's guilt on the issue was quite evident when he tried to keep the office of Parliamentary secretaries out of the list of office-of-profits in June 2015.

"Although Mr. Kejriwal and morality are not even distantly related, yet we put this question in public domain. With half of their MLAs having cases against them, and now 20 of them disqualified, shouldn't the Delhi CM resign on the basis of morality," Patra questioned.

Patra also said that AAP has gone from "India against Corruption" to "I am corruption" really fast, referring to the 2011-12 AAP movement concerned with the introduction of the Jan Lokpal Bill.

BJP MLA and Leader of Opposition in the Delhi Assembly Vijender Gupta said that, "Disqualification of 20 AAP MLAs is a huge moral defeat for CM @ArvindKejriwal. It has put his leadership in peril. He must resign on ethical grounds."

Congress too reacted on the EC's recommendation. Congress' Delhi chief Ajay Maken in his twitter said, "Kejriwal has no right to continue. Half of his cabinet ministers removed on corruption charges! 20 MLAs who were enjoying ministerial perks would be disqualified! Where is Lokpal? The MLAs and Ministers enjoying perks of power and foreign travel-Where is political probity?"