Sunil Arora noticed that whenever a party lost an election it started having complaints about EVMs. 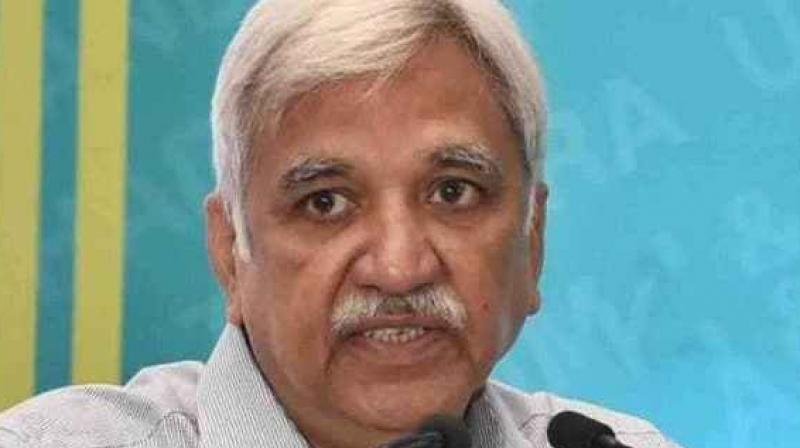 Sunil Arora said "It is my request to all, please do not make EVMs a football". (File)

Patna: Chief Election Commissioner Sunil Arora on Friday lamented that Electronic Voting Machines (EVMs) were being treated like a "football" by parties suffering electoral losses, and said the voting equipment was foolproof as far as fears of manipulation were concerned.

Talking to reporters upon the conclusion of his two-day tour of Bihar, the CEC, heading a team of the poll panel, said though EVMs could suffer occasional technical snags, they were promptly fixed.

"It is not possible to manipulate the EVMs. It is definitely foolproof as far as apprehensions of conspiracy and manipulation are concerned. But technical snags are possible as in case of any other device," he said.

"But the incidence of snags has been very low. In the recent assembly polls in five states, 1.76 lakh EVMs were installed out of which only six reported malfunction. The complaints were promptly taken care of," Mr Arora claimed.

Asked about apprehensions expressed about EVMs by several parties, he said they had noticed that whenever a party lost an election it started having complaints about EVMs which vanished the moment it won.

"It is my request to all, please do not make EVMs a football," he said.

He said VVPATs were introduced to address the misgivings that people might have about EVMs.

"The Lok Sabha polls would see the use of these on a still larger scale. The Election Commission is committed to holding the elections in a free and fair manner," he said.

Replying to a query regarding the upcoming Lok Sabha polls, he said once all preparations are complete and the election schedule drawn, the EC would announce it at a press conference in New Delhi.

He also said during the EC team's tour of Bihar, instructions were issued for completing the revision of electoral rolls by January 31.

Earlier, on Thursday upon its arrival in the city, the EC team had interacted with representatives of various political parties which had come up with suggestions to improve the poll process.

While the RJD had come out strongly against the EVMs and advocated reverting to the use of ballot papers, the JD(U) had stressed on making VVPATs available at every polling booth.

The CPI came up with an elaborate list of suggestions which included limiting the number of voters in a booth to 800 and setting up mobile polling stations which could be of help to those having difficulty in travelling to their respective booths.

The BJP requested that complaints of anomalies in electoral rolls be seriously looked into and resolved.