VHP to reach out to kar sevaks to begin temple work

Though the fortnight-long celebrations ahead of Ramnavami are an annual feature in the Sangh Parivar calendar, this year it will be “special.” 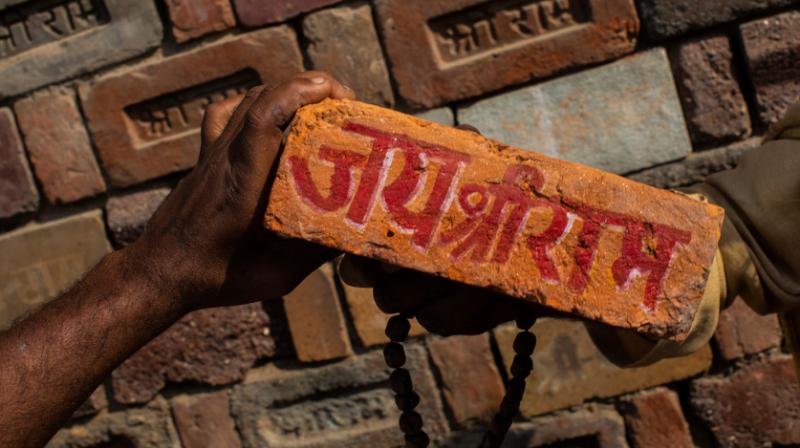 The campaign will also see VHP cadre reaching out to those who offered or sent “Ram shilas” for the construction of the mandir during the movement.

New Delhi: With the Supreme Court clearing the decks for the construction of the Ram Mandir in Ayodhya, the Vishwa Hindu Parishad (VHP) is planning a fortnight long, nation-wide campaign to mark “Ramotsav Pakhvada” this year from March 24. The campaign includes reaching out to kar sevaks who participated in the Ram Janambhomi movement, and devotees who had offered “shilas” (bricks or any kind of material) for the temple.

Indications from the VHP suggest that it wants the construction to begin from Ramnavami in April, but only the Ram Mandir Trust, as ordered by the apex court to oversee the construction, will take a final call. The trust is yet to be set up.

Last month, BJP national president and Union home minister Amit Shah had asserted that a “sky-touching Ram mandir would come up in Ayodhya in four months.” The VHP has been the flag bearer among the Rashtriya Swayansevak Sangh (RSS) led Sangh Parivar for the construction of the temple.

Ahead of the apex court’s landmark verdict in the politically sensitive case in November last year, Prime Minister Narendra Modi, the RSS and many others had appealed to people to maintain peace and harmony, with the RSS barring its affiliates, including the VHP, to take out any procession, in favour or against the verdict, and had asserted that whatever the verdict it should be “accepted wholeheartedly by everyone.”

Though the fortnight-long celebrations ahead of Ramnavami are an annual feature in the Sangh Parivar calendar, this year it will be “special.”

While the VHP affiliated “Dharmsansad” — a conglomerate of saints and seers from across the nation — will give a final shape to the campaign during their three-day long meet in Prayagraj, Uttar Pradesh, from January 20, the VHP has already asked its cadre to reach out to all kar sevaks who participated in the Ram Janambhoomi movement which led to the demolition of the Babri Masjid at the disputed site.

The campaign will also see VHP cadre reaching out to those who offered or sent “Ram shilas” for the construction of the mandir during the movement.

The “shilas” — bricks with “Sri Ram” inscribed on them — were collected from across the country in 1989 just before the “shilanyas” took place in Ayodhya. The VHP and the “Dharamsansad” want these shilas to be used in the foundation of the temple.