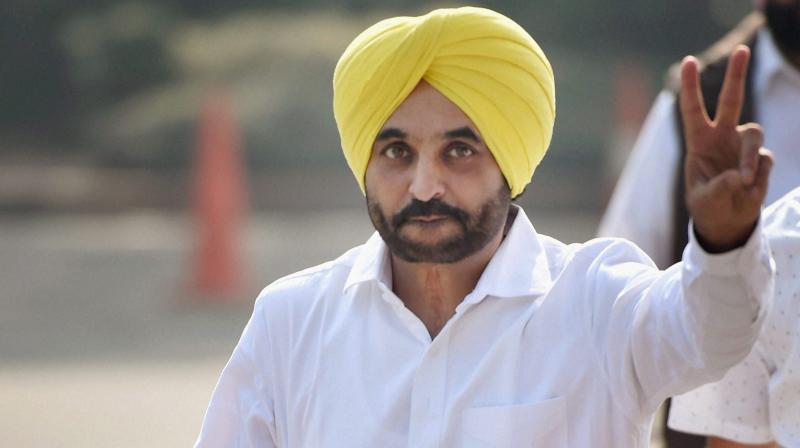 Mann, who is the AAP MP from Sangrur, Punjab, tweeted earlier this morning, “As a member of parliament m donating my one month salary to Irom Sharmila who is fighting against corrupt system n injustice in Manipur.”

The salary for an MP is nearly Rs 2 lakh a month inclusive of all benefits.

With severe shortage of funds and manpower, PRJA has taken to online crowdfunding to raise funds. The party members are campaigning on cycle to reach out to masses. The Delhi Chief Minister said he was donating Rs 50,000 to Irom Sharmila and also made an appeal to people on Twitter to help her while sharing the link.

"I am donating Rs 50,000 as my small contribution to her and appeal to everyone to support her," he tweeted while urging people to donate generously to her.

PRJA is the first regional party in Manipur which has resorted to crowdfunding to finance the poll expenses in the state.

According to PRJA sources, online crowdfunding with a slogan "Ten For a Change" is an idea in order to involve more people, bring in transparency in election funding and reach out to the masses.

The PRJA so far has collected Rs 4.5 lakh through crowdfunding.

"The online crowdfunding is in line with the party's call for accountable governance. When we started the party there was a lot of need for funds.

"Online funds are transparent and normally political parties face a backlash because they don't have transparency in their funds," PRJA's convener, Erendro Leichonbam told reporters.

PRJA is the first regional party in Manipur, which has resorted to crowdfunding to finance the poll expenses in the state. The PRJA so far has collected Rs 4.5 lakh through crowdfunding.