The BJP has made an election promise to send Christians to Jerusalem on a free trip, if elected to power, causing a virutal unrest in Nagaland. 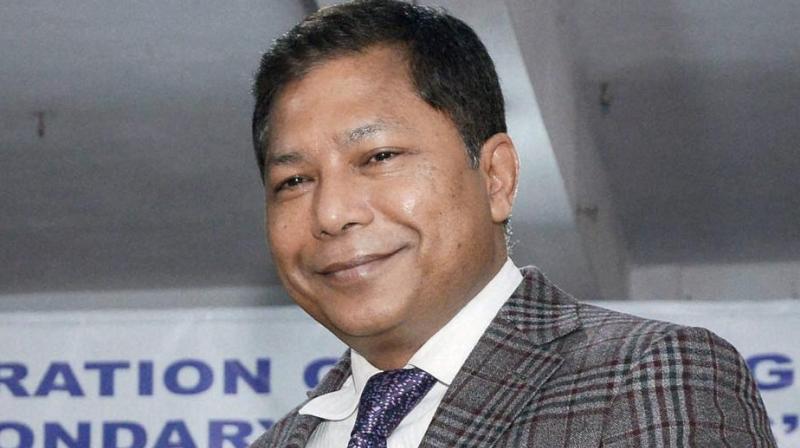 Guwahati: The saffron surge in the two poll-bound Northeastern states — Nagaland and Meghalaya — has not gone down well as some Christian voters with some Christian organisations pulling in leaders from all over the country to launch a counter attack to stop the BJP from coming to power.

If Christian leaders from Kerala have been called to campaign in Meghalaya, which is going to polls on February 27, the Nagaland Baptist Church Council has already warned the community against what the council called the “Hindutva invasion”.

It is significant that Nagaland’s population is overwhelmingly Christian, over 90 per cent. There are Catholics, some from the Christian Revival, and Assembly of God, while the most powerful group is the Baptists, with accounts for close to 75 per cent of the population.

According to the Nagaland Baptist Church Council, the state has 1,615 Baptist churches, with services held in different tribal languages apart from English.

The problem intensified after BJP entered into an electoral understanding with newly floated National Democratic Progressive Party led by three-time chief minister Neiphu Rio in Nagaland. The BJP has made an election promise to send Christians to Jerusalem on a free trip.. “We plan to send groups of senior Christian citizens to Jerusalem if our party comes to power,” said Nagaland BJP spokesperson James Vizo.

The Congress, seeking a revival in the Christian-dominated state, has promised subsidy for the trip. The Holy Land package is believed to have created unrest among the Christian organisations, which was more visible in an open letter of the Nagaland Baptist Church Council warning voters against Hindutva forces.

In the open letter to the presidents of all political parties contesting the Nagaland election, the council alleged “worst persecution of minority communities from 2015 to 2017”.

Christians in poll-bound Meghalaya are also upset with the ruling BJP-led NDA government. “The Christian communities, especially from Baptist community in Garo Hills, are upset with the central government for rejecting the visa of the Baptist World Alliance chief Paul Msiza to attend a four-day celebration of 150 years of Christianity in Garo Hills region,” vice-president of Asia Pacific Baptist Federation, Bijoy Sangma said.

General secretary of Baptist Convention,  Janang R. Sangma, said.“This is not the only case, many of our foreign friends have been denied visa in the last three years despite the fact that they have been coming here on earlier occasions.”

The Garo Baptist Convention, a Christian denomination in Meghalaya, has over 2.6 lakh baptised adults, according to the Church census in 2013.

Though, security sources described it an administrative decision, the Meghalaya Pradesh Congress Committee has dragged it into its elections campaign.

“This matter cannot be seen in isolation as that of just a visa denial. It very well exposes the mind-set of the present dispensation, the BJP and their masters in Nagpur,” Congress MP Vincent H Pala told reporters in Shillong.