Imran Khan had claimed that India does not have any evidence to prove Pak’s role in worst terror attack in Kashmir in decades. 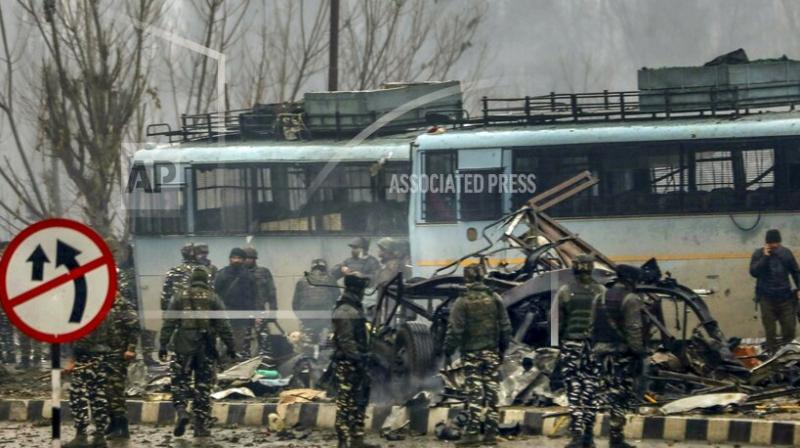 India on Tuesday hit out at Pakistan Prime Minister Imran Khan over his statement on the Pulwama terror attack in which at least 40 CRPF soldiers were killed. (Photo:PTI)

New Delhi: India on Tuesday hit out at Pakistan Prime Minister Imran Khan over his statement on the Pulwama terror attack in which at least 40 CRPF soldiers were killed.

India said that Khan should “stop misleading the world” and take credible and visible actions against those who were behind the attack.

"It is regrettable that the Pakistani Prime Minister has insinuated that India's response to the terrorist attack is determined by the forthcoming General Election. India rejects this false allegation. India's democracy is a model for the world which Pakistan would never understand," said a foreign ministry statement.

The Indian government also dismissed as a "lame excuse" Imran Khan's "offer" to investigate, "if given proof", the role of Pakistan-based terror group Jaish-e-Mohammed.

"Disclaiming any link between the terrorist attack and Pakistan is an oft-repeated excuse by Pakistan. The Pakistani Prime Minister has ignored claims made by the Jaish-e-Mohammad, as well as by the terrorist, who perpetrated this heinous crime. It is a well-known fact that Jaish-e-Mohammad and its leader Masood Azhar are based in Pakistan. These should be sufficient proof for Pakistan to take action," said the statement.

Imran Khan asked India for proof, the government said, "In the horrific attack in Mumbai on 26/11, proof was provided to Pakistan. Despite this, the case has not progressed for the last more than 10 years. Likewise, on the terror attack on Pathankot airbase, there has been no progress. Promises of "guaranteed action" ring hollow, given the track record of Pakistan."

Referring to the Khan’s "Naya (new) Pakistan", India said ministers of the current government publicly shared platforms with terrorists like Hafeez Saeed, who had been proscribed by the UN.