India   All India  19 Feb 2022  Abhishek back as TMC No 2, reinstated as national general secretary
India, All India

Abhishek back as TMC No 2, reinstated as national general secretary 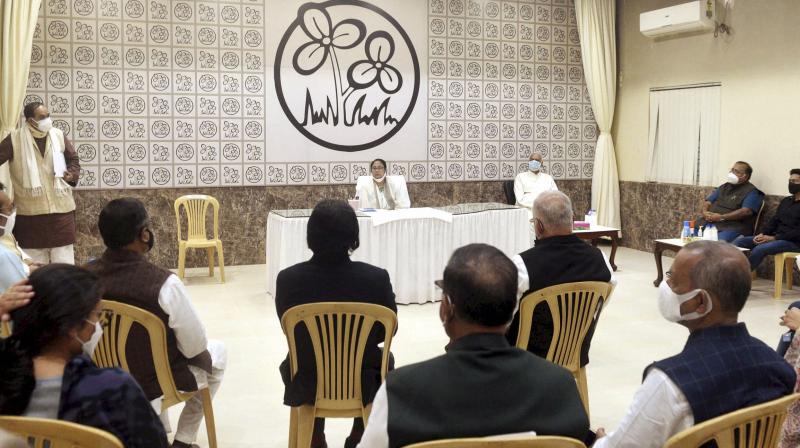 Kolkata: Within a week of disbanding senior level posts and setting up a national executive committee in her party amid an internal rift, Trinamul Congress supremo Mamata Banerjee on Friday brought back her MP nephew Abhishek Banerjee as the national general secretary of the party in allocation of posts in the 20-member apex forum.

TMC leader Partha Chatterjee made the announcement after a meeting by Ms Banerjee at her Kalighat residence. He informed that another state minister Arup Biswas has been made the treasurer while three party MPs-- Sukhendu Sekhar Roy, Mohua Mitra and Kakoli Ghosh Dastidar-- will act as spokespersons.

Kolkata Mayor and state transport minister Firhad Hakim will be the coordinator in the national panel. Besides, Susmita Dev, Mukul Sangma and Subal Bhowmik have been entrusted for building the organization of the TMC in the North East.

Ms Banerjee also decided the mayors for the four municipal corporations where her party won a few days ago. At Asansol, TMC MLA Bidhan Upadhyay who did not contest the civic polls has been made mayor, triggering a strong rebuke from the BJP.

Asansol South BJP MLA Agnimitra Paul tweeted, "A person who is not a voter of Asansol Municipal Corporation is declared MAYOR of AMC. HOW IS THIS POSSIBLE??

Is there no TMC  leader under AMC suitable for this post?? @MamataOfficial you and @AITCofficial  RIGGED ASANSOL ELECTION &today you made a ‘BOHIRAGOTO’ MAYOR"