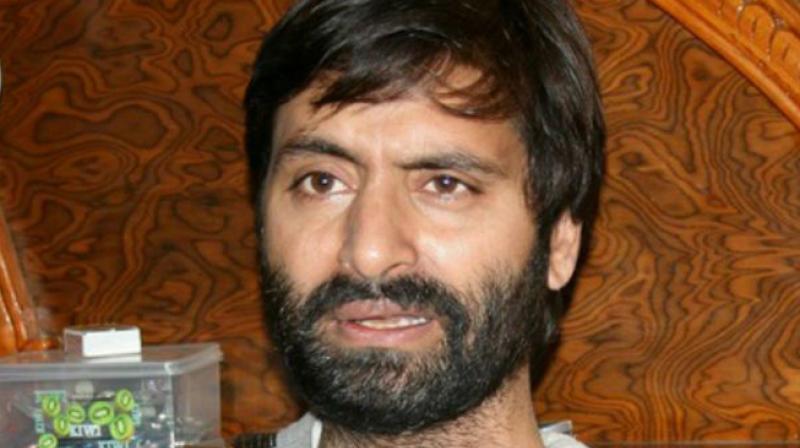 Srinagar: In the run-up to bypolls to two Lok Sabha seats of Srinagar and Anantnag, the police in Jammu and Kashmir started cracking down on separatists.

Two days after an alliance of key separatist leaders issued a call for poll boycott on the premise that elections held under the ambit of Indian Constitution cannot be substitute to the promised plebiscite, the police on Saturday arrested pro-independence Jammu and Kashmir Liberation Front chairman Muhammad Yasin Malik from his office.

He was produced before a local court, which sent him on a 12-day remand. While separatist leader Syed Ali Shah Geelani remains confined to his besieged residence for the past many months, the third member of what is known as Joint Resistance Leadership and Kashmir’s chief Muslim cleric Mirwaiz Umar Farooq has been placed under house arrest.

The trio was on Thursday taken into custody ahead of a press conference where they planned to issue a formal call for the boycott of Lok Sabha by-elections. They were later released.

The police on Saturday raided the homes and offices of other separatist leaders and activists. While some of them have been taken into preventive custody, others have gone underground.

Among them is Sayeda Aasiya Andrabi, leader of Dukhtaran-e-Millat (Daughter of the Faith).